Mutsvangwa says Mugabe, the man I trusted for 40 years,...

by Charles Rukuni 6 years ago5 years ago
1
0 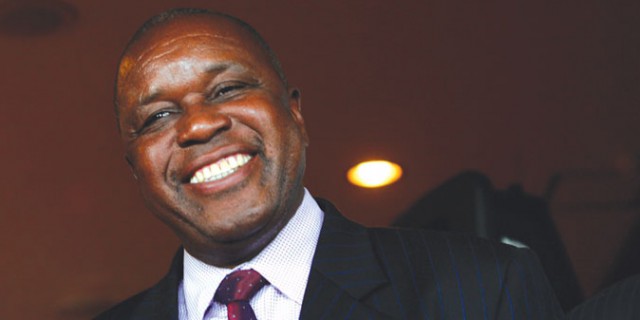 War Veterans leader Christopher Mutsvangwa, who was suspended from the Zimbabwe African National Union-Patriotic Front for three years and kicked out of the cabinet, today said he did not care a hoot about losing his cabinet or politburo post because he had “a general loathing for assignments that solely depend on an individual’s discretion”.

Mutsvangwa, who met President Robert Mugabe a day before being suspended from the party and was kicked out of government the following day, told The Standard that he had left the meeting with a million dollar question about whether he could trust Mugabe.

“The man I had trusted and served for 40 years was no longer there. I came out unsure of whether I could hang onto his word. I left with a distinct feeling of mistrust,” he said.

The reader was referring to Mutsvangwa’s statement that Mugabe was now under the grip of the Young Turks who go by the name of G40 and is led by Jonathan Moyo, Saviour Kasukuwere and Patrick Zhuwao.

Mutsvangwa was Zimbabwe’s ambassador to China and ran an internet business in Zimbabwe which he said was doing well.

On the G40, Mutsvangwa said: “They seem to know what is happening at State House that all other citizens do not know. They seem to have the privilege of proximity and there is a gradual subversion of the State. They are using the analogy of a frog — that you cannot capture it and keep it in a bath tub.

“It will escape, but if you are clever you gradually add warm water into the tub. Being an amphibian, it will adjust and as the water gets hotter, the frog will adjust itself to death. That is what is happening in our country now.”

Mutsvangwa and his wife Monica were suspended from the party for, among other things, insulting the First Lady, Grace Mugabe, who the G40 is allegedly backing to thwart Vice-President Emmerson Mnangagwa from succeeding Mugabe.

Both Grace and Mnangagwa say they have no presidential ambitions.

Mugabe has categorically said there are no vacancies.