MDC-T says the ZANU-PF government is bankrupt as it mourns... 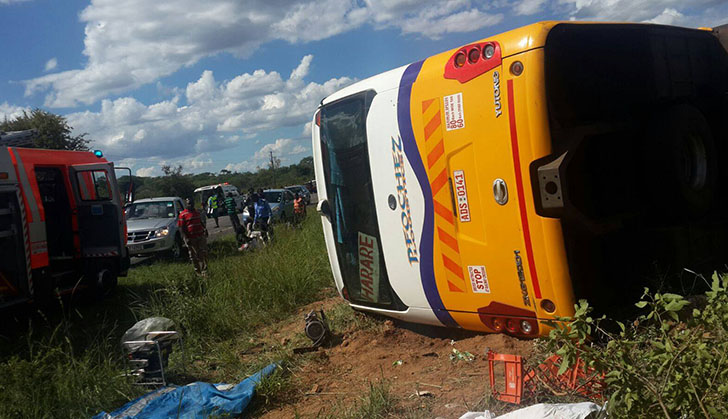 The Movement for Democratic Change led by Morgan Tsvangirai today said the Zimbabwe African National Union-Patriotic Front government was bankrupt and would therefore never be able to resuscitate the country’s dilapidated roads.

In a statement in which it was mourning the death of 31 people killed after a bus accident on Thursday, the party said: “Instead of purchasing luxury vehicles and paying unsustainably huge salaries to the top management of ZINARA, the money that is being collected from tollgates should be channelled back into maintaining and repairing the country’s collapsing road infrastructure.

“It is a notorious fact that most Zimbabwean public roads were last maintained before the country became independent in April, 1980. For example, the country’s busiest highway, the Beitbridge-Chirundu highway, is in a state of near collapse.

“The ZANU-PF government should pay more attention to developing a sustainable and reliable national road maintenance policy. It is disheartening to note that only 88 000 km of our public roads is tarred. In many rural areas such as Beitbridge, Tsholotsho, Mwenezi, Uzumba Maramba Pfungwe, Binga, Mola, Rushinga, Hurungwe, Chiredzi, Gokwe and Mberengwa, most public roads are virtually unpassable, especially during the rainy season.”

“PPPs can be a major solution in reviving our road infrastructure as can be seen with the Group 5 project that has constructed the 800km Plumtree-Mutare highway. The ZANU-PF government is bankrupt and everyone knows that on its own, government will never be able to resuscitate the country’s dilapidated public roads,” the party said.