Grace Mugabe shows her political clout as Mutsvangwa, wife are... 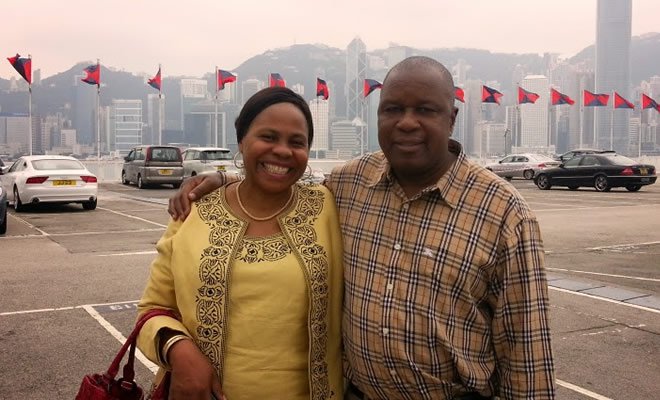 They were all accused one way or the other of insulting the First Lady.

Christopher Mutsvangwa retains his seat as the Member of Parliament for Norton while Monica remains a Senator for Manicaland. They also remain ZANU-PF national assembly members.

It is not clear whether Mutsvangwa is still war veterans leader or not but he announced on Wednesday that Mugabe will be addressing a meeting of veterans next week.

Mutsvangwa was accused of insulting the First Family and undermining the authority of the President while his wife is reported to have participated in an illegal meeting that tried to overturn the ousting of Manicaland chairlady Cde Happiness Nyakuedzwa last year. Nyakuedzwa was kicked out for disrespecting the First Lady Grace Mugabe.

The youths were accused of indiscipline and also insulting the First Lady.

The latest purge, which included several other junior officers, seems to be clearing the way for Grace, though she has repeatedly denied that she has any presidential ambitions.

Grace is backed by a group of Young Turks who go by the name of G40.

Her repeated statements that she is happy where she is as First Lady have to be taken in the light of the 2014 purge which allegedly left Mugabe as the only centre of power. Even her major contender Emmerson Mnangagwa has also publicly stated that he has no presidential ambitions.