Why Zimbabweans were barred from going to city centres recently 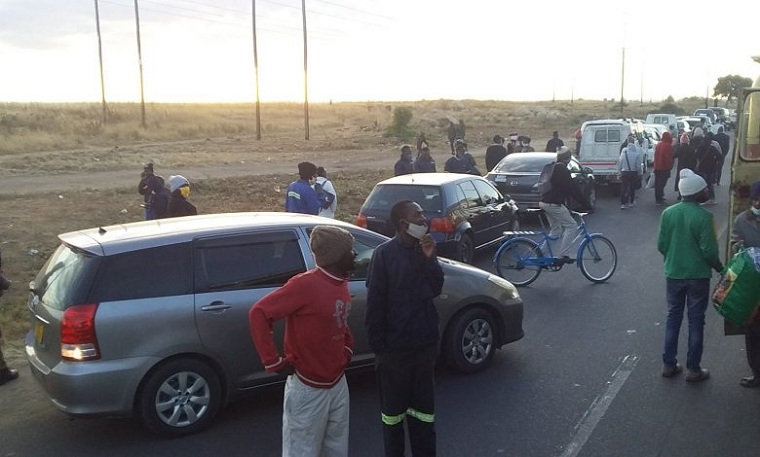 Security was tightened in the country in the past few days, with Bulawayo being shut down on Tuesday, apparently because the State had intelligence that some groups planned mischief to coincide with the Day of the African Child, 16 June.

Information Minister Monica Mutsvangwa said in a post-cabinet briefing on Tuesday that the prevalence of roadblocks was consistent with the directive of the Covid-19 National Taskforce to ensure that people stay at home if they had no essential business to conduct.

“What the police is doing is in line with what the taskforce has put in place and we are all singing from the same hymn book,” she said.

This seemed to make sense as the coronavirus has now affected 401 people including four who have died and 63 who have recovered.

But Jamwanda, believed to be presidential spokesman George Charamba, says there was a much more serious reason.

“The State decided on an enhanced lockdown last week acting on the basis of information and threats which civilians never know beforehand, will never know unless informed! And it has to be prudent to do so. Quite often, it isn’t!” he tweeted yesterday.

“Those who had planned mischief to coincide with the June 16 Day of the African Child, in the hope of misappropriating it for own ends know why what happened did. More important, they should know all the evil they plan is in the full glare of the watchful State.

“Hazviite; hazvisi kuzoitika, hazvizomboitika!! Keep within the four corners of the law and follow tenets of lawful, peaceful opposition, and your days on this Earth as opposition will be added! Kuyambirana pachi pedo!!!”