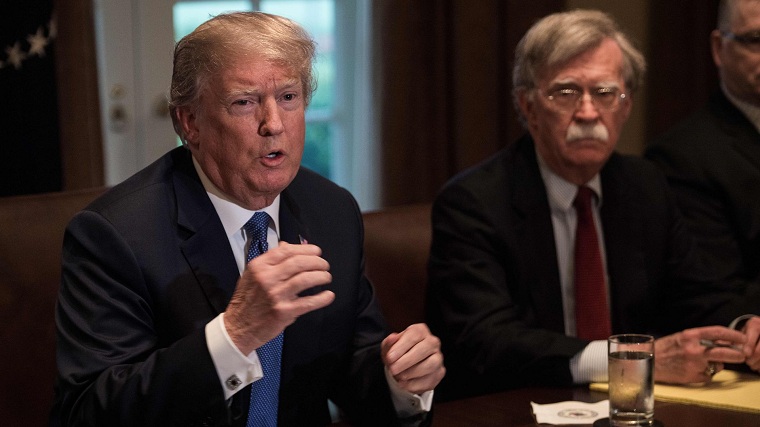 The disclosure is part of a devastating portrayal of Trump’s conduct of foreign policy by Bolton, the most senior official in this White House so far to publish an account of his experience. The book is poised to further burden Trump’s already struggling effort to secure a second term.

In the book, which is scheduled to be released next week, Bolton describes a discussion between Trump and Xi at last year’s Group of 20 summit in Osaka, Japan.

Bolton writes that Trump was “pleading with Xi to ensure he’d win” but said he could not print the president’s exact words because of the government’s pre-publication review process for classified material forbade it, according to the excerpt.

The former top security aide said the result was emblematic of “the confluence in Trump’s mind of his own political interests and US national interests,” writing that he routinely made foreign policy choices in order to benefit himself politically.

“I am hard-pressed to identify any significant Trump decision during my White House tenure that wasn’t driven by re-election calculations,” Bolton writes.

The Trump administration has been trying to stop the book’s publication, and on Wednesday night asked a federal judge in Washington to grant an emergency restraining order. But the New York Times and the Washington Post have both published reports on Bolton’s book on Wednesday after obtaining copies.

In an interview with Sean Hannity on Fox News Wednesday night, Trump said that Bolton “broke the law, very simple. As much as it’s going to be broken.” He belittled Bolton as a “washed up guy” when he joined the administration.

Trump earlier told the Wall Street Journal that Bolton was “a liar” and offered a vindication of his foreign policies.

A Trump campaign spokesman, Tim Murtaugh, said in an interview on Bloomberg Television that Bolton’s allegation that Trump sought Xi’s intervention in his re-election is “absurd.”

“John Bolton is just trying to sell books, that’s all there is to it,” he said.