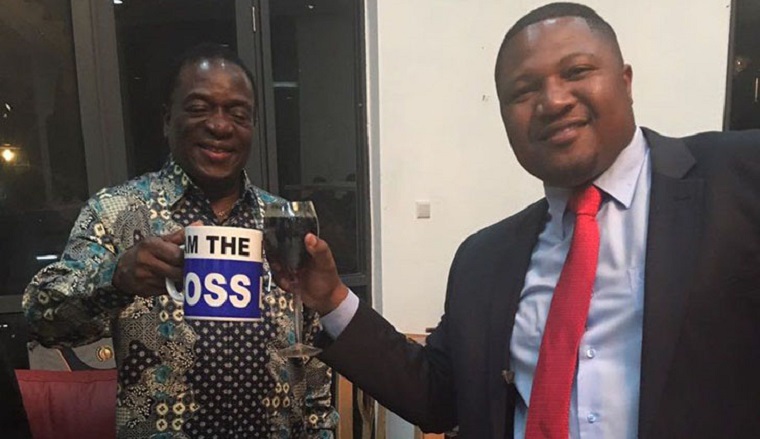 Mutodi, who has been controversial because of his tweets, recently made a diplomatic blunder when he contrasted Tanzania President John Magufuli’s approach to the coronavirus with Mnangagwa’s approach leading Foreign Minister Sibusiso Moyo to issue a statement that Zimbabwe did not agree with his views.

Mutodi has also been a pain in the neck of the opposition.

Today he tweeted that three opposition youth leaders who were allegedly abducted last week had actually gone on a romantic night with their lovers but tragedy struck when they demanded foreign currency for their services.

“Details emerge MDC youths Joana Mamombe, Netsai Marova & Cecilia Chimbiri went out for a romantic night to Bindura with their lovers who are artisanal miners. They parked their car at a police station for safety but tragedy struck when they demanded foreign currency for services,” Mutodi tweeted.

Mutodi was said to be a close Mnangagwa ally when he was pictured with the then Vice-President with a cup written “I am the boss”.