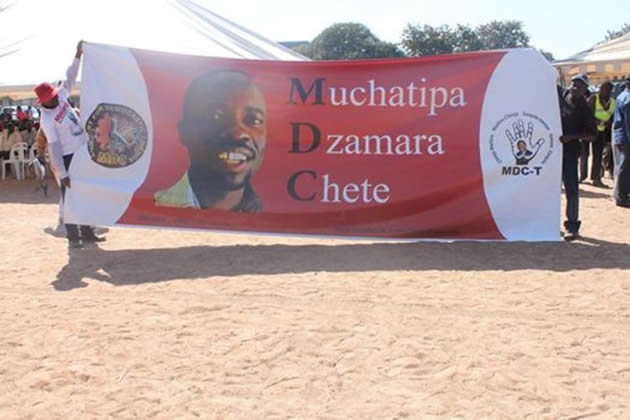 The Movement for Democratic Change led by Morgan Tsvangirai is beginning to feel the impact of the party split in 2014 and its decision to boycott by-elections after recalling the seats occupied by legislators who crossed the floor to join Tendai Biti and Elton Mangoma.

It cannot debate any serious issue in Parliament unless the Zimbabwe African National Union-Patriotic Front wants it to. All ZANU-PF needs to do is walk out before any debate leaving no quorum in the house.

At least 70 legislators have to be in the house for there to be a quorum but the MDC-T now has fewer seats than that.

The party had 70 seats out of 270 after the 2013 elections, enough to form a quorum on its own, but lost this advantage when legislators who wanted Tsvangirai to step down to allow a new leadership after the party’s dismal performance in the 2013 election were kicked out.

This created 14 vacancies, which were all taken up by ZANU-PF after the MDC-T boycotted by-elections insisting that it would only participate in elections after thorough electoral reforms.

The party felt the impact of this decision last month when Kuwadzana East legislator Nelson Chamisa tried to introduce a motion on the disappearance of activist Itai Dzamara.

Dzamara disappeared on 9 March last year and has not been heard of since.

Though Chamisa succeeded in tabling the motion as this required only 25 members to support it, he failed three times to get the matter debated because there was no quorum.

The Kuwadzana legislator obtained leave from the House on 10 March to raise the motion as a “definite matter f pubic importance”, and though it was not on the order paper, it was agreed that it would be debated at 5.15 pm.

But just before 5pm it was realised that there was no longer any quorum in the House forcing debate to be resumed the following day, a Friday, “for the first time inhistory”.

But history was not made as only 57 Members of Parliament including some from ZANU-PF pitched up. Te debate was therefore postponed again because there was no quorum.

Chamisa brought up the issue again on 16 March and the Speaker once again allowed debate on the issue at 17:15. But just before then ZANU-PF members walked out leaving no quorum.

Among the key issues that Chamisa wanted to bring was for the government to conclude the investigations on the whereabouts of Dzamara.

He also wanted to ask the government to chip in on the social welfare support to the Dzamara family, especially his wife and children.

Chamisa wanted the government to guarantee that that there would not be any repetition of such disappearances and that all perpetrators of politically motivated violence are prosecuted.