Production of Zimbabwe’s leading export crop, tobacco, plunged to a record low of 48 million kilogrammes in 2008, down from the previous peak of 237 million kg in 2000, the last crop before farm disruptions brought about by land redistributions.

Tobacco production has since rebounded, with a new production record of 259 million kg being recorded in 2019.

In 2017, resettled commercial (A2) farmers contributed the most tobacco (62 million kg or 33%), but the two communal farmer segments accounted for a combined 52% of output. 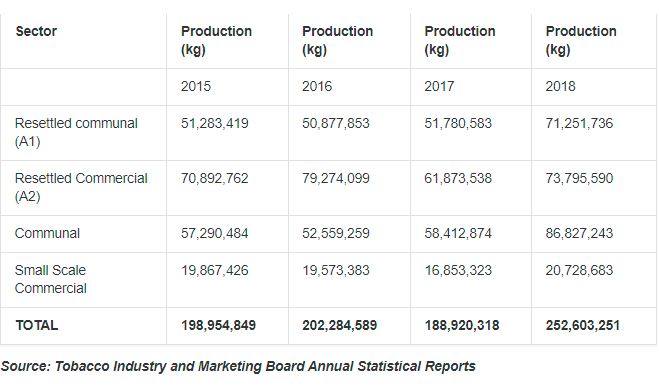