Were Zimbabwe NGOs intimidated not to tell the truth about... 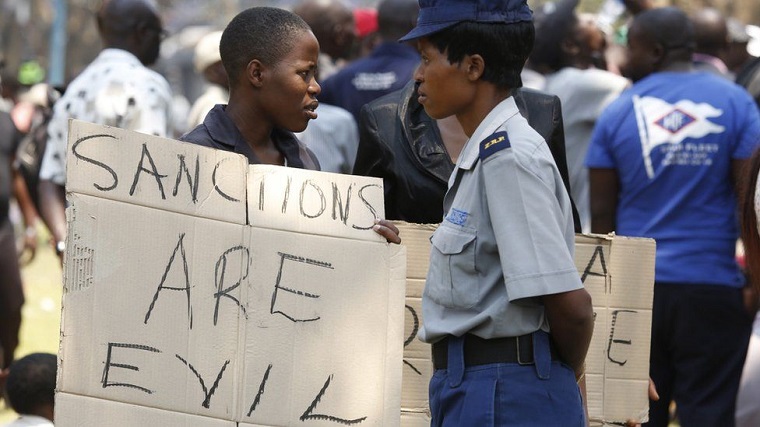 The United Nations special rapporteur who was in Zimbabwe last month to assess the impact of sanctions on the country says a substantial number of non-governmental organisations were intimidated through the social media not to give evidence to her team and also because of fear of losing donor funding.

US sanctions are on 87 individuals and 37 entities.

The Movement for Democratic Change Alliance says Douhan did not take their views into consideration but has not stated what these views were.

United States representative to the United Nations, Linda Thomas-Greenfield, while admitting that she had not yet seen Douhan’s report commented: “And I have not seen the special rapporteur’s report out of Zimbabwe, but let me be clear:  Our sanctions target individuals and institutions that are committing human rights violations, and we make every effort to ensure that those sanctions do not impact the people.  What is happening in Zimbabwe is the result of bad policies in Zimbabwe.  What is happening in Zimbabwe is the consequence of their leadership; it is not a consequence of our sanctions.  And we will always resist any criticism of us that says our sanctions are impacting people unfairly.  And you certainly will see that we will be criticized for this.  We’re criticized for it by the government because they know that they are responsible for these actions, and I regret that the special rapporteur made the decision to put this in his (sic) report.”

Commenting on the input from NGOs, the preliminary report says: “Although the Special Rapporteur had the opportunity to meet many representatives of independent civil society organizations and human rights defenders, she notes with regret that a substantial number of NGOs and some other interlocutors failed to engage with the mandate due to various hateful and intimidating messages that appeared in social media and news outlets, and an alleged fear of losing foreign donations. The Special Rapporteur reiterates her invitation to all interlocutors to share their views and experience on the impact of unilateral sanctions on the enjoyment of human rights in Zimbabwe, ahead of the final report.”

Douhan’s full report will be published in September next year.