Zimbabwe to vaccinate 16 and 17 years olds 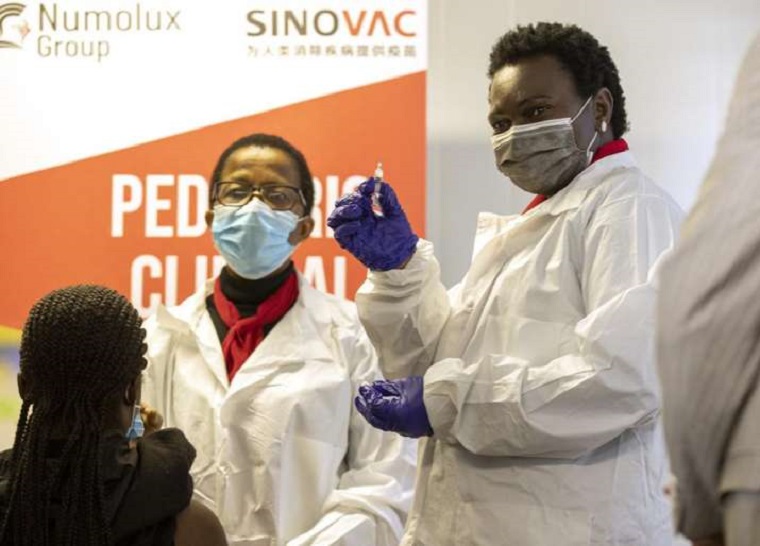 Zimbabwe has decided to vaccinate 16 and 17-year-olds most of whom are still pupils but they will only be vaccinated with the Sinovac vaccine.

Harare has approved five vaccines: Sinopharm and Sinovac from China, Covaxin from India, Sputnik from Russia and John and Johnson from the United States. Chinese vaccines, however, dominate.

Vaccination has slowed down since September with just over 11 000 people being vaccinated yesterday, 6 435 getting the first jab and 5 2 94 the second. So far 3.3 million have received one dose and 2.6 million are fully vaccinated.

Botswana is now ahead of Zimbabwe in terms of the percentage of people vaccinated and is at 40.1% while Zimbabwe is at 39.9%. South Africa is closing in on Zimbabwe and is at 37.7%.

The Ministry of Health, however, said yesterday it was determined to reach herd immunity by the end of December which is now 59 days away.

Cases continued to drop with 30 new ones yesterday and one death. Nine of the new cases were at schools in Bulawayo which resulted in the number of cases in the metropolitan province increasing to 41.

Harare rose to 19 while Manicaland dropped to 193 and Masvingo to 105 after 19 people in the province recovered. Mashonaland East dropped to 89 after 29 people recovered.