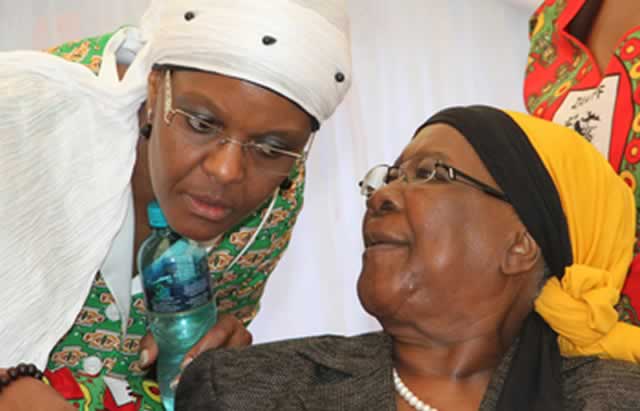 Zimbabwe’s First Lady Grace Mugabe has no presidential ambitions and is only defending her husband from those who want to force him to step down before the end of his term.

This was said by her deputy Eunice Moyo in Chivi at the weekend at the handover of a church built by Chivi Rural District Council chairman Killer Zivhu.

“She never said she wants to rule this country; let her speak for everyone and she deserves the support of everyone. She stands up because she is the image of the Mugabe home.’’

Grace has been accused of fanning factionalism within the Zimbabwe African National Union-Patriotic Front by supporting a group called G40 which is trying to thwart Vice-President Emmerson Mnangagwa to succeed Mugabe and want her to take over instead.

She has also been accused of denigrating war veterans after saying they should not be given preferential treatment because everyone fought in the liberation struggle one way or another.

Grace has also attracted the wrath of the security forces after she claimed that they were involved in trying to kill her young son Chatunga.

Mugabe is holding a crucial, no-holds barred, meeting with war veterans on 7 April which most people believe could be the turning point for the ruling party as it prepares for elections in 2018.

Mugabe has said he is prepared to step down if war veterans ask him to but he added that this would have to be ratified by the party.

War veterans have passed a vote of no confidence in Eunice Moyo, Vice-President Phelekezela Mphoko and Jonathan Moyo among others.