What Insider readers said about military spying on Mai Mujuru 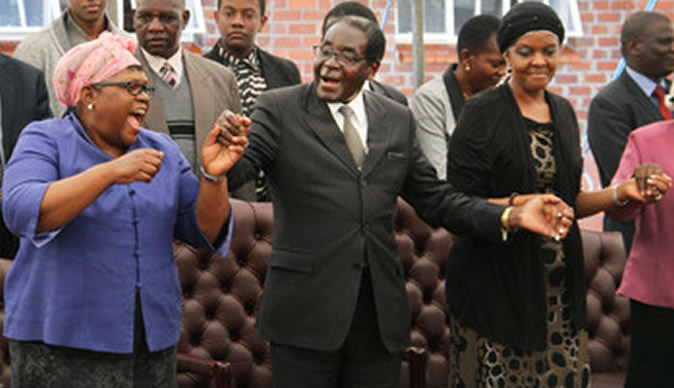 Some Insider readers have scoffed at reports that Zimbabwe People First leader Joice Mujuru used bottom power to guarantee loyalty from male members of her faction when she was still Vice-President of the Zimbabwe African National Union-Patriotic Front from which she was kicked out with other senior party officials Didymus Mutasa and Rugare Gumbo because they were allegedly trying to oust party leader Robert Mugabe.

“We don't really care who she is sleeping with Cdes, what she is bringing to the table is what matters!” said one reader.

The allegations that Mujuru used bottom power are in an academic paper by Blessing-Miles Tendi, a Zimbabwean at Oxford University, entitled: State intelligence and the politics of Zimbabwe’s presidential succession.

“Their descriptions were interwoven with explicit accounts about surveillance proof of Mujuru’s alleged sexual encounters with male members of her faction, which, it is said, she engaged in to guarantee their loyalty,” the paper said.

The paper however said: “Claims that Mujuru used sex to ensure political loyalty are at worst misogynistic, implying that women cannot advance themselves without employing their bodies and sexuality; or at best highly gendered and patriarchal, implying that there is something perverse or immoral about female sexuality. Ultimately the gendered nature of surveillance fortifies a patriarchal national politics in which women can be degraded and ostracized through sexualized accounts and claims of occult influence.”

Insider readers said the use of military intelligence agents to spy on Mujuru’s personal life was a waste of resources. These resources could have been used to investigate how Zimbabwe how lost $15 billion from Chiadzwa’s diamonds as admitted by Mugabe, they argued.

Here are their views: