Britain says Zimbabwe’s re-engagement with the international community will not... 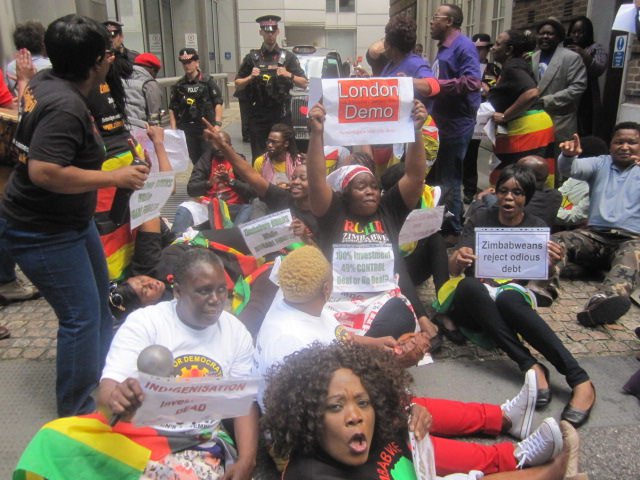 Britain, which recently voted to get out of the European Union, says Zimbabwe’s engagement with the international financial institutions will only be possible when it has demonstrated a clear commitment to economic and political reform.

Finance Minister Patrick Chinamasa was on a tour of the European Union presenting his case to the Paris Club as well as the London Club that Zimbabwe was to re-engage the international community so that it can access loans to extricate itself from the present crisis.

Zimbabwe was cut out by the IFIs when it defaulted on the International Monetary Fund loans and now owes the IMF, the World Bank and the African Development Bank nearly $2 billion which it has to clear before it can be considered for any financing.

The government is currently failing to pay civil servants on time because it has no money, though it insists it has the capacity to pay them.

Baroness Anelay of St Johns told the House of Lord on Friday: “Zimbabwe’s re-engagement with the International Financial Institutions will only be possible once it has demonstrated a clear commitment to economic and political reform. We, along with the wider international community, have made this clear to the Zimbabwean government.”

She said this was made abundantly clear to Chinamasa during his recent visit to the United Kingdom.

“British Ministers and officials have met Zimbabwe’s Finance Minister Patrick Chinamasa in recent months, including the Parliamentary Under Secretary of State at the Department for International Development, my Hon Friend the Member for Ruislip, Northwood and Pinner (Nick Hurd), in May and the Minister for Africa, my Hon Friend the Member for Rochford and Southend East (James Duddridge), in July. In these meetings, Ministers emphasised to Minister Chinamasa the importance of urgent economic and political reforms in Zimbabwe if there is to be further progress on re-engagement with the International Financial Institutions,” she said.