Zimbabwe is in a mess because of lousy leadership 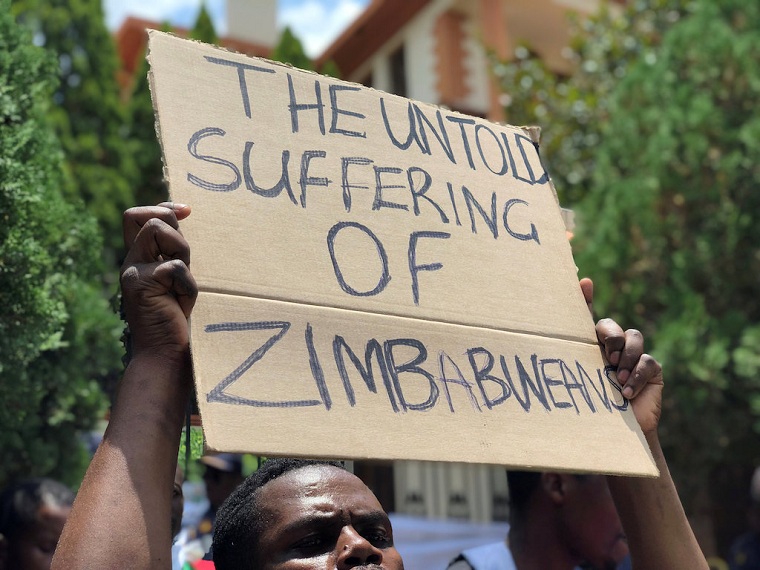 Zimbabwe is in a mess because of lousy leadership, economist Eddie Cross, who is both on the President’s Advisory Council and the Monetary Policy Committee, said today.

He said that while there was jubilation when the current leadership took over in November 2017, there is now total disillusion across the country.

“There is near total lack of confidence in our leadership. We no longer think they have the capacity or the will to do the right things. We have fallen back to the position where we are each just trying to survive. If we get the chance to flee to another country with better prospects we are taking those openings – even at great cost,” he said on his personal blog.

“The one thing we must face up to in Africa, our first post-Independence leadership has failed us – we are poorer than we were before independence and the institutions we created in the first flush of growth and change have failed.

“Our leaders have concentrated on personal accumulation – both of wealth and absolute power. In the process we have crippled our government’s ability to serve our people and we have stripped our people of the very things they fought for in the struggle for freedom.

“We have stripped our former masters of their assets and wealth but failed to put these assets to work and simply made our economies more dependent on external support and less productive.

“So today, my country imports 70 per cent of everything it consumes. Its currency is worthless and corruption is endemic and completely distorts the exercise of power in the service of the majority.

“After 40 years of Independence we are again one of the most isolated countries, diplomatically, in the world. How could we screw up so completely – the answer is simply, lousy leadership.”

Did you ever think that it would be a tiny, invisible virus that would bring the world to its knees? Not a third World War, not a nuclear missile strike, not a global famine or meteor strike that knocked our planet off its axis. All that it did was to threaten our health, always a fragile part of our lives, in so doing it acted as an accelerator – accelerating the impact of bad management, poor leadership and global distortions due to our greed and careless policies.

We have been living beyond our means for decades – in the false belief that our ‘way of life’ was a right not just an accident of history or a product of greed and ambition. There is no way that the whole world can experience the living standards that are found in many countries today – if they were applied we would quickly run out of everything. It is time to reset.

The warning signs were all there, the deserts of Africa have been growing steadily for all my life – sand occupying vast areas that were once open savannah. Our rivers are so polluted they are often just open sewers. We are burning fossil fuels unmindful that they were created over the millennia and are finite.