Zimbabwe dollar unchanged at $81.35 against US dollar

The Zimbabwe dollar was today unchanged against the United States dollar and remained at $81.35, though technically it firmed marginally from 81.3486 last week to 81.3458.

About US$16.9 million went to raw materials, machinery and equipment.

Thirty-six bids, 26 from the main and 10 from the SME auction, were disqualified.

It is not clear what the OMIR is based on because it is supposed to be based on the difference in the price of the Old Mutual share in London and Harare but Old Mutual has not been trading on the Zimbabwe Stock Exchange since June.

The Confederation of Zimbabwe Industries,  Zimbabwe’s largest industrial lobby group, has lauded the positive effect of the forex auction market on the economy, saying the system has brought about exchange rate stability, predictability and curtailed inflation.

According to the Herald, the CZI said that to sustain and even improve the positive impact of the auction system, authorities needed to abide by some hard and fast rules, including avoiding interfering with the rate or forex allocations. 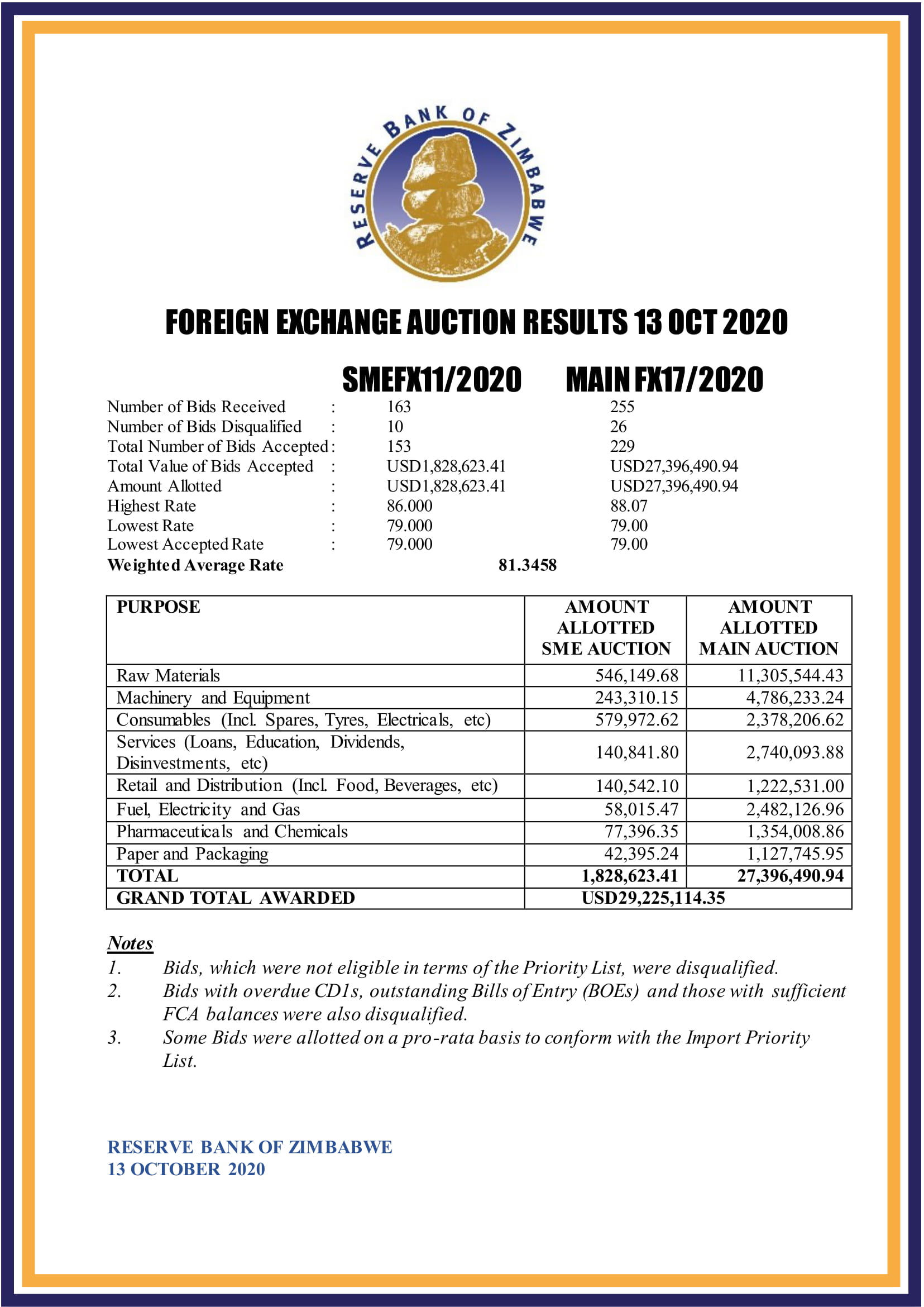