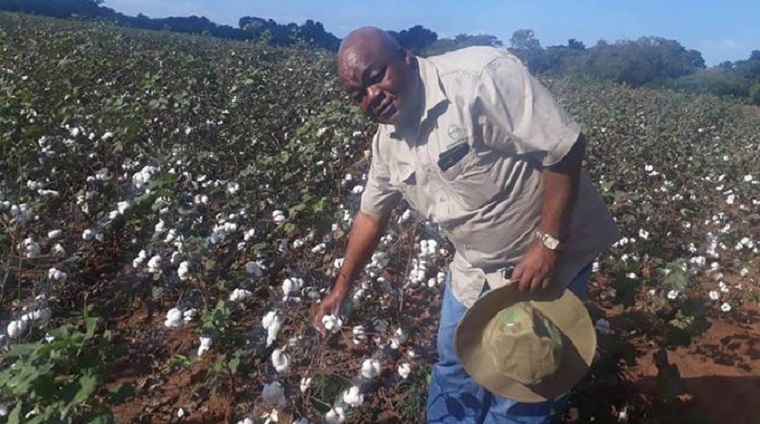 Zimbabwe has developed six strategies to improve the livelihoods of people living in rural areas and who depend 100 percent on agriculture, a cabinet Minister has said.

Lands, Agriculture, Water and Rural Resettlement Minister Anxious Masuku said this during the launch of the National Presidential Cotton Input and Tillage scheme under which the government is targeting to produce 400 000 metric tons of cotton this farming season.

Masuka said outcomes of the six strategies include increased production of food for the country, with the foundation for a definitive food secure Zimbabwe being laid during the 2020-2021 farming season.

He said it would also include import substitution, increasing and diversifying exports, value addition and beneficiation, and increased employment creation.

Under the National Presidential Cotton Input and Tillage scheme, at least 400 000 households will receive inputs and each is expected to produce at least one ton.

Inputs to be provided include cotton seed, fertilizers and chemicals to enable help farmers meet the set targets with the government having already purchased inputs worth US$82 million.

The government in 2015 directed the Cotton Company of Zimbabwe to address the poor state of affairs which had seen the value chain financing system in the industry negatively impacting rural livelihoods and well-being of more than 400 000 households and their 1.5 million dependents.

Masuka said the cotton production of 28 000 metric tonnes recorded in the 2015-2016 farming season was the worst ever in the country but through government efforts, it improved in the 2017 –2018 farming season.

“A massive and unprecedented 143 000 metric tonnes in 2017- 2018 agricultural season is indeed testimony of government commitment to the sustainable revival of this key sector. This increased production enabled COTTCO to export to various countries such as Turkey, China, Pakistan, Vietnam and Bangladesh and in the process earning the country much needed foreign currency.”

Last season the country produced 80 000 metric tons of cotton and with this year’s set target, it should produce at least 5 times more.