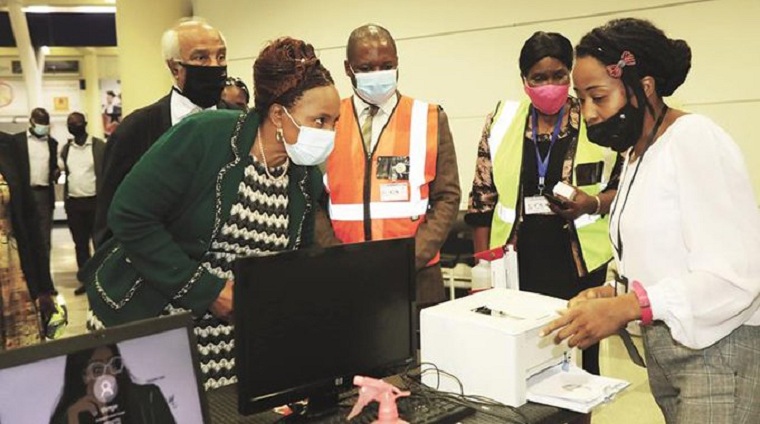 The number of active coronavirus cases in Zimbabwe increased by 10 to 174 today after it registered 15 new cases and only five recoveries.

Seven of the new cases were in Bulawayo which saw its tally rise to 70 and another seven in Harare which now has 36 active cases.

Globally the number of cases has risen to 38.3 million. This includes 1.09 million deaths, 28.8 million recoveries and 8.4 million active cases.

Meanwhile, the national news agency, New Ziana reports that Zimbabwe’s airports are not leaving anything to chance when it comes to safety of passengers and airline crews from Covid-19.

Director of Airports at the Robert Mugabe International Airport, Tawanda Gusha told journalists after a tour by Information, Publicity and Broadcasting Services Minister, Monica Mutsvangwa that all travelers and their baggage entering the airport terminal were being disinfected.

“We have got a disinfectant at the terminal entry. Also we are restricting entry to only travellers and staff. We also disinfect luggage as travellers come in and going to the check in-point where we have social distancing instructions.

“We have also installed sanitizing stations throughout the terminal public areas so that at any given time the public does not have to look for sanitizers,” he said.

Gusha said since the resumption of full scale operations of the RGM International Airport on 1 October, travellers and airlines had increased by 30 percent.

“From the 1st of October what we have experienced initially was a 30 percent load factor on the airlines that have come back to operate here,” he said.

“So far we have got Emirates Airlines which has come back, Ethiopian Airlines continued on daily flights, Kenyan Airways that’s operating 3 times a week , South African Airlink and Fastjet. The numbers have been very encouraging especially when you look at the Harare -Johannesburg route; Fastjet has full loads on a daily basis twice daily flights.”

Speaking at the same occasion, Mutsvangwa said authorities were not leaving anything to chance.

“We take this opportunity to assure the travellers, those Zimbabweans who want to go outside and those who are coming into the country that your health is number one priority as the airport has put in place measures to make sure that we contain this disease.”

Zimbabwe reopened airports on 1 October after a 6 month COVID-19 hiatus.