Zimbabwe disburses record US$46.9 million to 918 businesses at one...

Zimbabwe today disbursed a record US$46.9 million to 918 businesses, 521 of them small and medium enterprises, as it also named and shamed 18 businesses that have been abusing the foreign currency exchange system which turns one year next week.

The local currency remained largely stable falling by 17 cents to average 85.2455 against the United States dollar down from 85.0724 last week though offers remained within the $82 to $90 range.

The foreign currency auction has so far allotted about US$1.5 billion to 5 815 businesses with US$892.4 million being allocated this year.

According to the Reserve Bank of Zimbabwe 3 450 businesses had benefitted from the auction from June last year to the end of last month.

This month alone, however, 2 365 businesses have benefitted hence perhaps the need to ensure that the foreign currency being disbursed to revive the country’s economy is not abused.

The country introduced regulations forcing businesses to use the auction rate rather than the black market rate and there was an immediate outcry from business that this would reverse the economic gains the country had made to revive the economy.

But a statement by central bank governor, John Mangudya in which he named 18 companies that are abusing the forex obtained from the auction indicated that the central bank and business have reached an understanding. 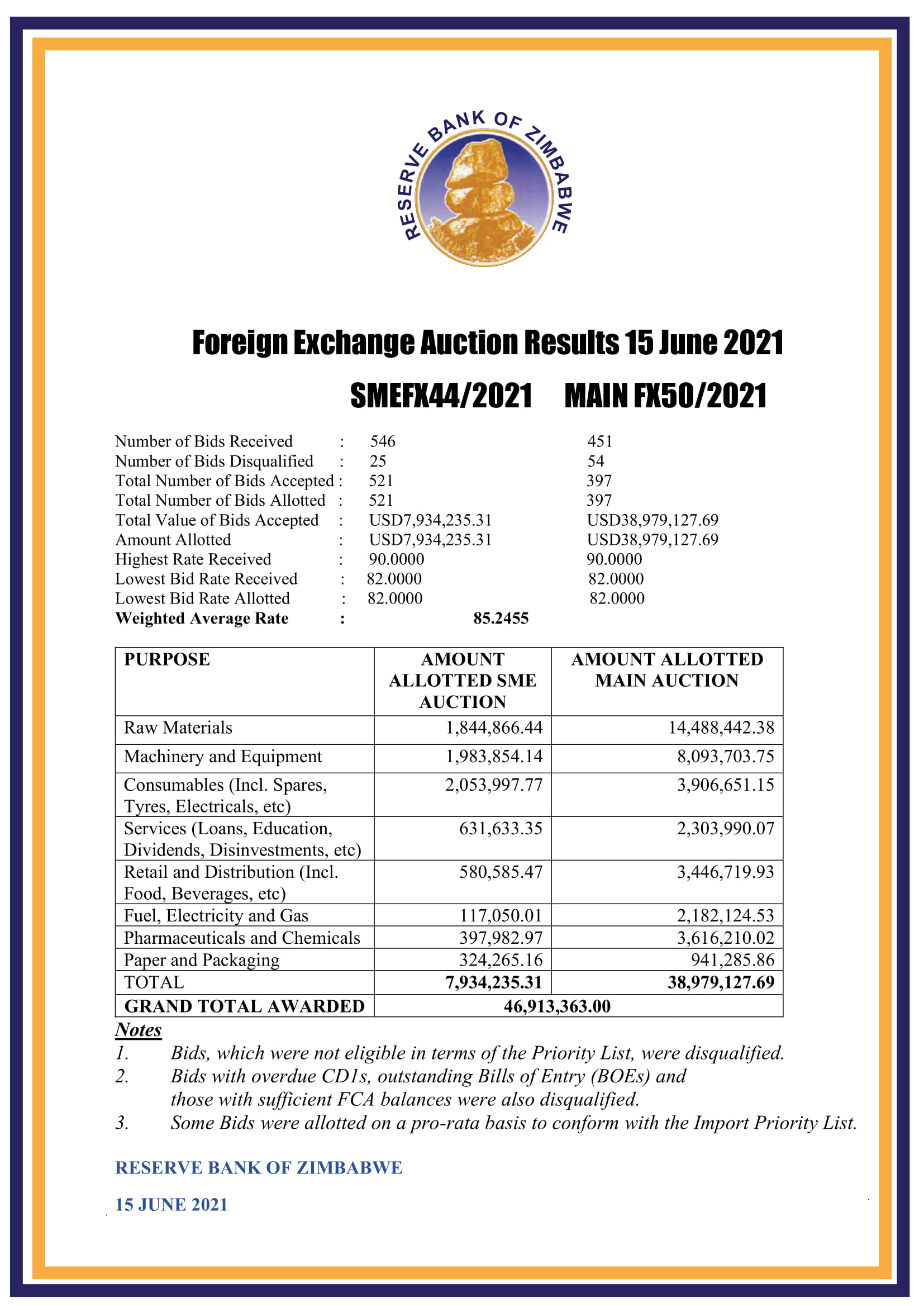