Mutsvangwa dodgy on what Zimbabwe is doing about US ambassador 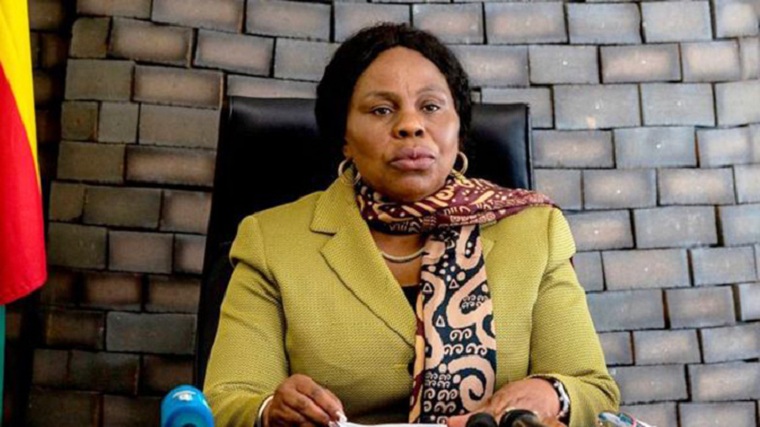 Zimbabwe Information Minister Monica Mutsvangwa who is leader of government business in the Senate was a little dodgy about what Zimbabwe is doing about United States ambassador Brian Nichols over the way he is denigrating the Zimbabwean government.

She had been asked by Senator Angeline Tongogara, wife of Zimbabwe war hero, Josiah, what the government is doing about Nichols whom she said was arrogant and spoke negatively about Zimbabwe as if he were a chief who resides over Zimbabwe.

Mutsvangwa could only say that diplomatic etiquette did not allow ambassadors to denigrate host governments.

Nichols has openly criticized the Zimbabwe government for alleged human rights violations and has supported activists and opposition politicians.

He has also defended US sanctions on Zimbabwe which have been in force for nearly 20 years.

Below is her full response.

*HON. SEN. TONGOGARA:  Thank you Madam President Ma’am.  My question is directed to the Minister of Foreign Affairs but in his absence, I will redirect the question to the Leader of Government Business.

THE HON. PRESIDENT OF SENATE:  Order, order Hon. Senator, please may you lift up your voice a bit?

*HON. SEN. TONGOGARA:  Thank you.  My question is directed to the Minister of Foreign Affairs but in his absence, I will redirect the question to the Leader of Government Business.

There are a number of ambassadors like Brian Nichols who is arrogant and speaks negatively about Zimbabwe as if he is a chief who presides over Zimbabwe, an independent State.  They use their proxies to denigrate and criticize our Government and its programmes that are aimed at emancipating Zimbabweans.  What measures are in place to prohibit diplomats from engaging in such activities?

*THE MINISTER OF INFORMATION, PUBLICITY AND BROADCASTING SERVICES (HON. SEN. MUTSVANGWA):  Madam President, I would like to thank Hon. Sen. Tongogara for asking such a pertinent question.  Let me say that she is referring to a portfolio that I once held for several decades, representing Zimbabwe in different countries.  In 1980 we were in Belgium; New York in 1985; Namibia then eventually later went to China.

Let me explain that as a diplomat of one country to another country, we pay homage to the President of that country.  This is all about creating and maintaining bilateral relations between the countries. As Zimbabwe we need to continuously engage with other countries.  We have our own ambassadors in different countries, which means if there are bi-lateral or multilateral discussions that we need to have, that is why we have ambassadors so that they engage each other.  This should be discussed, not that ambassadors denigrate our country like what Hon. Sen. Tongogara is saying.

Zimbabwe is an independent country; it has its own Constitution which is a people driven Constitution.  A Constitution that is followed by Government and law does not allow any diplomat or ambassador to denigrate the host country and its programmes.  There are laws and channels that we need to be used on engagements like these.  I thank you.

*HON. SEN. TONGOGARA: If there is no such law that allows that kind of behaviour, is there any Government initiative that has been done to redress this behaviour?

*HON. SEN. MUTSVANGWA: Thank you Madam President.  Let me also thank Sen. Tongogara for such a supplementary question.  I believe there are a number of issues that happened.  Every time when such an occurrence happens then our Ministry of Foreign Affairs addresses such errant diplomats who would have denigrated Zimbabwe.  We are not a country that denigrates other countries but we are a country which desires to move with other countries and have good relations with other countries.  So, it is important that verify that ambassadors according to Article 41 of the Vienna Convention it enjoins diplomats to respect the laws of the host State and not to interfere in its internal affairs.