Is Mnangagwa finally getting out of Mangudya’s grip? 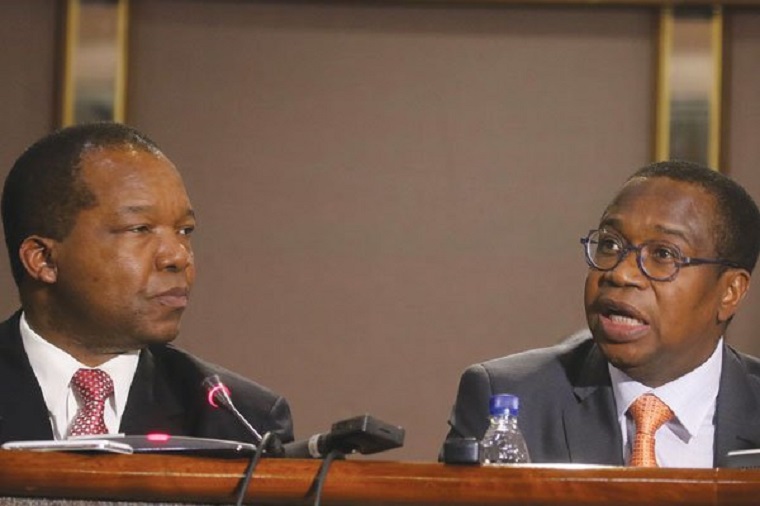 President Emmerson Mnangagwa’s Advisory Council may not be a toothless bulldog after all.

Sources say last week’s meeting between Mnangagwa and his advisory council was very tough and should see a change in policy.

The first tangible result of that meeting came out on Monday when the Reserve Bank of Zimbabwe announced that the country was reintroducing a market-based system of foreign exchange trading and would use Open Market Operations Bills to deal with excess liquidity.

The central bank also announced that it had reduced the statutory reserve ratio from 4.5% to 2.5% with effect from 8 June to release more financial resources to the productive sector and was reinstating the 30-day limit for exporters to liquidate their surplus foreign exchange receipts from 1 July.

Although these were all resolutions made by the Monetary Policy Committee at its meeting on 22 May, it had taken the central bank more than two weeks to publish the resolutions.

Sources say the announcement was more a reaction to the pressure piled on Mnangagwa to rein in the central bank by the Presidential Advisory Council which met on 3 June.

A source said the council was tough especially on the central bank operations as this was distorting the market.

Central bank governor John Mangudya unilaterally fixed the exchange rate of the Zimbabwe dollar against the United States dollar at 25:1 on 26 March using the argument that this was in response to the coronavirus outbreak but he in effect reversed a decision by Finance Minister Mthulli Ncube, two weeks before, to allow a floating exchange rate.

The interbank rate which was around 18:1 when Ncube made the announcement on 11 March had steadily fallen to 28:1.narrowing the gap with the black market.

Sources said at the time that Mangudya had jumped the gun as the Monetary Policy Committee did not agree with this. A delegation went to meet Mnangagwa but nothing happened.

The black market rate has since rocketed with today’s rates ranging from 75 to 82:1 against the United States dollar and the Old Mutual Implied Rate at 113:1.

A source said that the Monetary Policy Committee had advocated a market rate from way back in September when it was set up but Mangudya had resisted the move.

The source said Mangudya was getting his way by manipulating Mnangagwa but did not give details on how he did this.

Whispers that Mangudya has a grip on Mnangagwa are reinforced by the fact that his term of office was renewed for five years last year when it had been widely expected that  it would not because of his constant clashes with Finance Minister Mthuli Ncube.

But, this could now be over following the tough talk by the Presidential Advisory Council last week. Besides, Mnangagwa is now feeling the heat of a deteriorating economy.

There is a growing feeling that things could explode as soon as the national lockdown, currently in place to curb the spread of the coronavirus pandemic, is lifted.