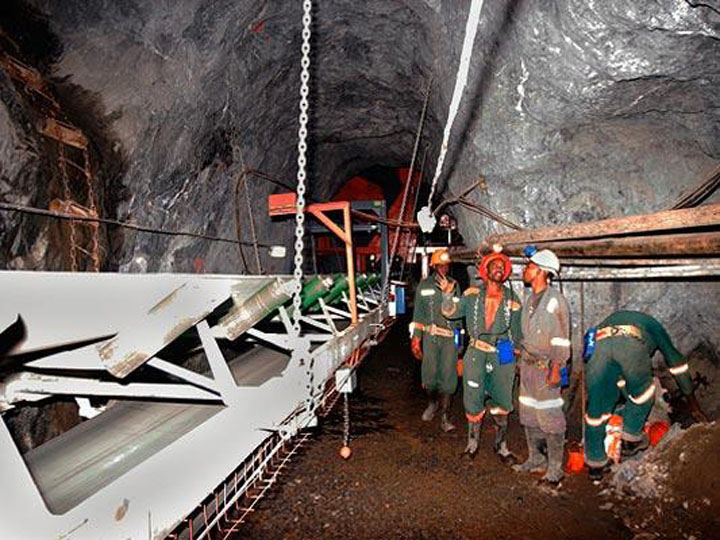 Canadian junior miner, Caledonia, says its gold mining asset in Zimbabwe has paid government at least $50 million in taxes in the past seven years.

Its latest report entitled, Government revenues from mining: A case study of Caledonia’s Blanket Mine, the company said these revenues were expected to rise as the Gwanda based gold operation begins to benefit from ongoing expansion projects meant to enhance shareholder value.

Blanket Mine was one of scores of gold mines that briefly wound up operations at the height of hyperinflation between 2007 and 2008, but returned to production in 2009, when government implemented radical policy measures to arrest economic implosion.

The highlight of the new measures was the introduction of a multicurrency system.

“Blanket Mine has generated more than $50 million in government revenue since it reopened in 2009,” said the research, which was conducted by Don Hubert of Resources for Development Consulting.

Caledonia released the research under the Publish What You Pay initiative meant to encourage transparency in the extractive industry.

The initiative has previously released a report on New Dawn Mining Corporation, which owns Falcon Gold in southern Zimbabwe.

“Corporate income tax accounts for about half of that total. Government revenue declined significantly in 2015, even though production remain high, as all available income was devoted to mine expansion and no income or dividend withholding taxes were paid. Government revenue should increase in the coming years due to mines expansion, though they will be heavily dependent on the price of gold,” the report added.

“Annual revenue can be expected to peak in the early 2020s at just under $20 million at $1 200/oz and more than $30 million at $1 600/oz,” said the report, which notes that Blanket Mine was selected for the case study because of huge amounts of data that is gives to its investors as part of its listing requirements on one of the world’s biggest stock markets.

It said Blanket Mine has been operating in the country for more than 100 years.

Resources for Development Consulting estimates that it has produced more than 100 million ounces of gold.

It was the first mining house to comply with the country’s empowerment programme.