Zimbabwe’s MDC-Alliance giving ZANU-PF too much credit for its own... 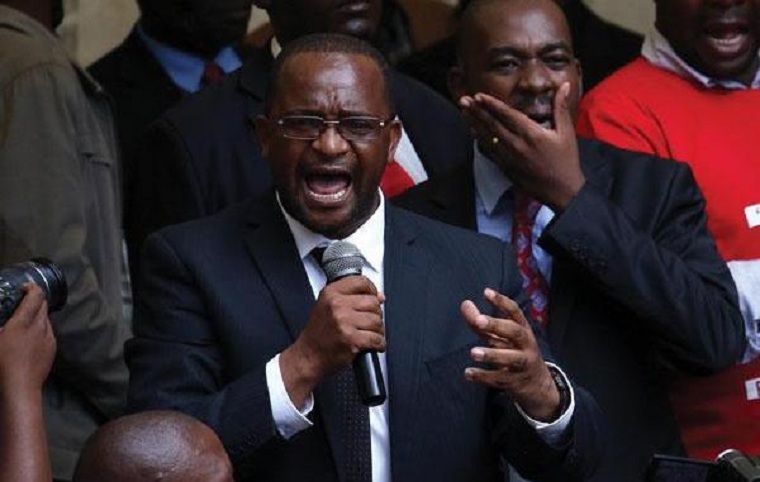 Zimbabwe’s main opposition Movement for Democratic Change Alliance is giving the Zimbabwe African National Union-Patriotic Front too much credit for its own failures which are mostly self-inflicted, several commentators have said.

They were commenting on a Facebook post by former Harare mayor Ben Manyenyeni who said the party’s problems started with the appointment of two vice-presidents by founding president Morgan Tsvangirai in 2016, a move that was this year ruled unconstitutional by the Supreme Court.

Manyenyeni said things were worsened by the poor handling of succession following the death of Tsvangirai in February 2018, where once again the party constitution was flouted with Nelson Chamisa, one of the vice-presidents unilaterally appointed by Tsvangirai, taking over when the substantive vice-president elected at the party congress in 2014 was there.

Manyenyeni said ZANU-PF had taken advantage of the squabbles within the opposition to mount a brutal external campaign to crush the opposition.

He lamented that the MDC-Alliance lacked what he termed “grey-haired elders and custodians of the common good who have nothing to gain” to bring sanity in the party.

As a result, he said, most of the splinter factions were operating what he called “Project Shaisano – a fatal scorched earth policy which has attacked and overturned democratic outcomes and put the party on life-support”.

Andrew Maimba disagreed with Manyenyeni and told him to leave ZANU-PF alone.

Norest Mujambajecha Marara concurred, saying: “Chamisa has always been a divisive character. He should have followed the rules. Secondly he failed the leadership test by allowing fragmentation instead of bringing warring parties together.

“He is a factional warlord. Populism which is not backed by a well thought out plan of action always has deadly negative consequences. His support is based on a base which is desperate for a better life which ZANU-PF has dismally failed to bring. He has been the ONLY option opposed to ZANUPF. The arrival of the rejuvenated MDC-T will expose his structural weaknesses. I am writing him out. It’s going to be a very tall order for him.”