Addressing a press conference with the visiting delegation from the International Monetary Fund (IMF), Chinamasa said the government would “enter into a process of a staggered progressive reduction” to meet the 2019 target. 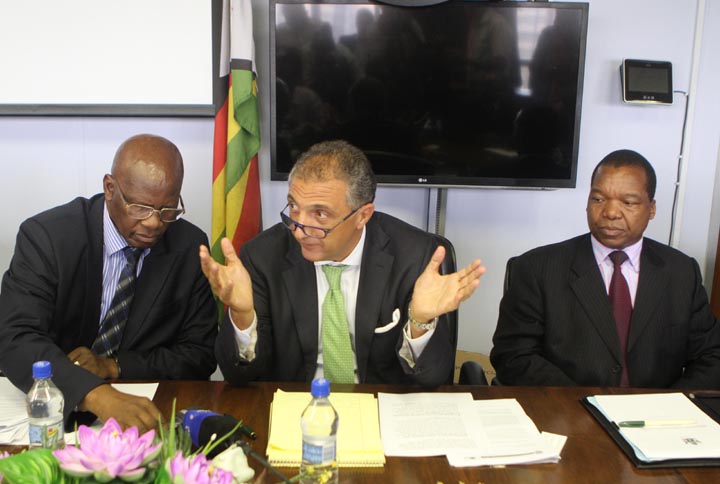 The IMF said Zimbabwe had met targets and structural benchmarks under the 15-month staff monitored programme (SMP) — an informal agreement between a government and IMF staff to monitor the implementation of its economic reforms — although economic growth is expected to reach a modest 1.4 percent this year from 1.1 percent in 2015.

“The authorities have met all quantitative targets and structural benchmarks under the third and final review of the SMP. Moreover, they have started to develop a medium term economic transformation programme, in line with the broader reform agenda presented at the Lima meetings on arrears in October 2015,” the IMF said.

Zimbabwe needs to institute urgent reforms as the economy worsens in the face of El Nino induced drought and weak commodity prices, the Fund added.

“Economic difficulties have deepened. Zimbabwe cannot wait and needs to act now. The El Nino induced drought has hit the economy hard. Lower commodity prices and the appreciation of the US dollar have compounded difficulties. Policy action is needed to reverse this adverse trend,” head of the IMF mission, Dominic Fanizza, said.

Going forward, Fanizza said, fiscal discipline would be a key priority in the country’s transformation program.

“Given the lack of resources, the authorities need to keep the cash primary accounts close to balance. This heightens the urgency of re-engagement with the international community. The objective is to eventually unlock financing that could allow Zimbabwe to deal with the adverse shocks and plan for much needed social and capital outlays,” he said.

“This will, however, not be sufficient. We support the authorities’ ambitious plan for shifting resources to much-needed infrastructure investment and social outlays by reining in employment costs.”