Zimbabwe worried about flood of cheap chicken from South Africa 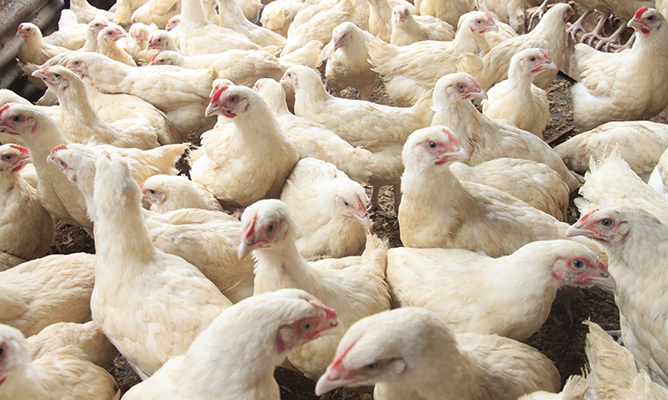 Zimbabwe officials say the country is likely to witness an increase in grey chicken imports from South Africa after it signed a trade deal allowing the import of United States beef, pork and poultry into its market.

In January this year, SA and the US concluded the agreement after prolonged ‘chicken wars’ which allow the southern African nation to participate in the African Growth and Opportunity Act (AGOA), the main vehicle for trade between the US and sub-Sahara Africa.

US chickens arrived in South Africa early last week — after an absence of 15 years — and the Zimbabwe Poultry Association chairman Solomon Zawe said it was worried that most of them will find their way into the local market.

Zimbabwe imported about 1.5 million kilogrammes of chicken valued at $800 000 from its southern neighbour between January and September last year, figures it said were not captured in local trade statistics but were recorded by the South African Revenue Service (SARS).

“Grave concern has been expressed regarding the risk of resurgence of imports driven by the weakening rand and signing of the AGOA agreement between South Africa and the USA which includes beef, pork and poultry,” said Zawe.

Zawe said the Division of Veterinary Services has assured the Livestock and Meat Advisory Council that no permits were being issued for the importation of beef, pork and chicken but that had not stopped the grey imports.

Zimbabwe imposed a duty of $1.50 per kilogramme on imported chicken in 2012 in a bid to protect local producers, but this has done little to curb the imports, particularly from Brazil and South Africa which were choking the local industry.

In the first six months of 2014, two million kg of chicken were similarly imported into the country.

Meanwhile, Zawe said even though demand for poultry products picked up during December and early January, it was slowing down.

“Demand is very low for layer producers and competition is stiff,” he said.-The Source