Zimbabwe dollar appreciates against the US dollar for the first...

The Zimbabwe dollar today appreciated against the United States dollar for the first time this year.

Though it only rose marginally by three cents to average 105.6684 against last week’s 105.6965, this was a significant achievement coming as the Reserve Bank of Zimbabwe directed companies to submit bids four working days before the auction to weed out speculators.

The central bank also announced that it had been given funds by treasury to clear the foreign currency auction allotment backlog which some claimed was forcing companies to resort to the black market.

The auction also now seems to be seriously screening bids as a whopping 586 bids out of 1 566 were disqualified.

Some 980 bids, 601 from the small and medium enterprises sector and 379 from large companies, were approved and allotted US$6.1 million and US$35.8 million, respectively.

Zimbabwe is battling to control inflation which is being fuelled by the black market.

According to United States economist, Steve Hanke, who uses the black market to calculate inflation, it currently stands at 103.28%. Official inflation for October was 54.49%. Inflation for November should be out this week.

The chairman of the country’s largest commercial bank, Marc Holtzman of CBZ, said President Emmerson Mnangagwa had unshackled Zimbabwe’s economy and it is currently one of the best emerging markets in the world. 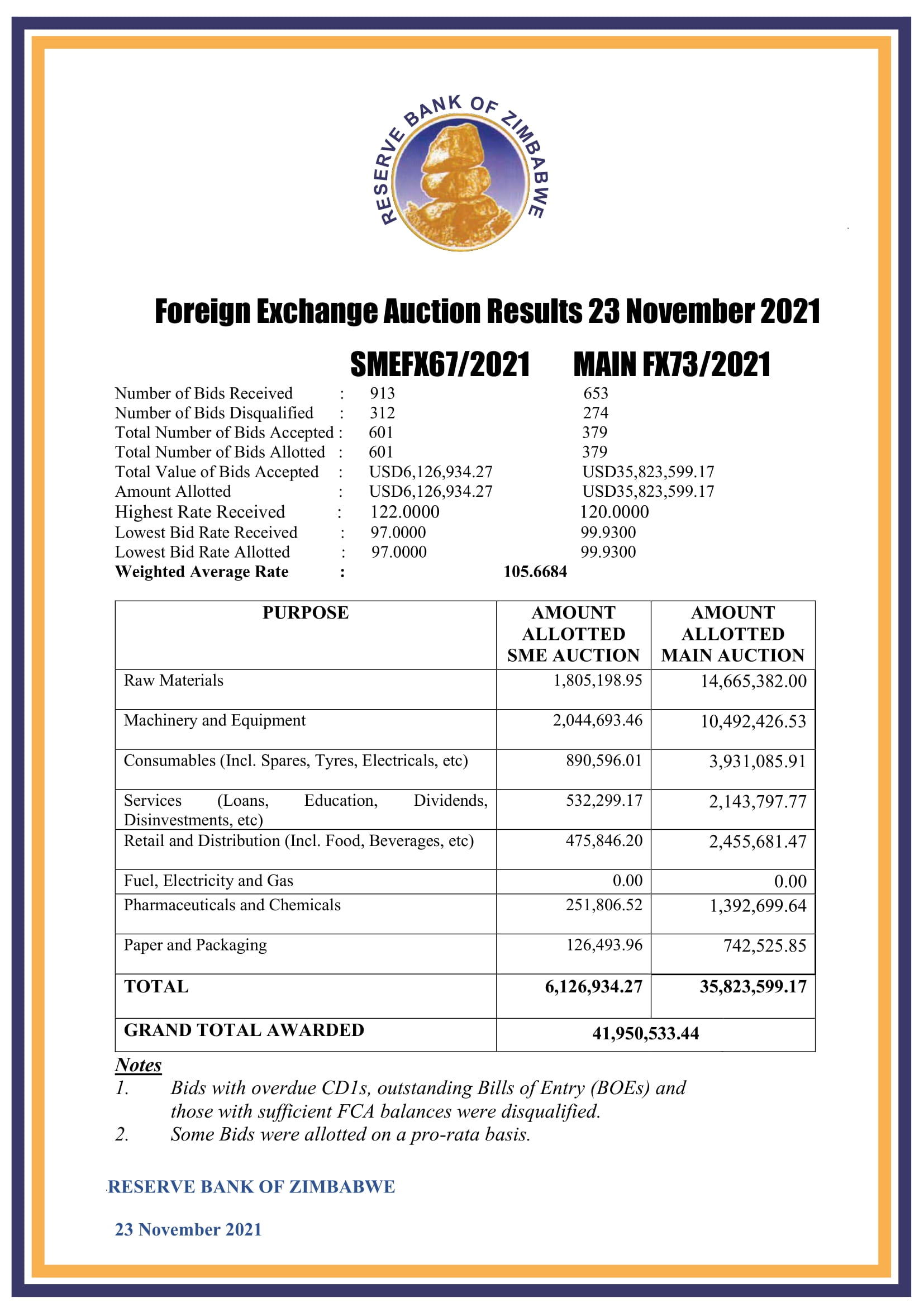