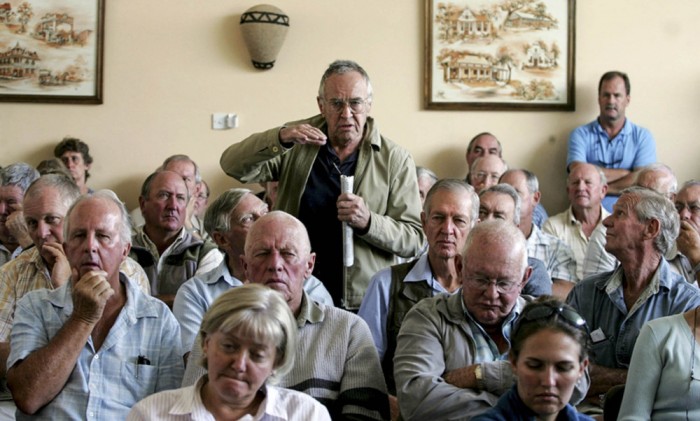 President Robert Mugabe’s government is committed to compensating more than 6 000 white farmers whose land it has compulsorily acquired since 2000, but funding problems mean the process might be protracted, Zimbabwe’s Finance Minister said yesterday.

Zimbabwe’s new constitution, adopted in 2013, makes provision for the compensation of the dispossessed farmers, mostly for improvements on the land, and government has this year started consultations on how to make reparations.

Chinamasa told a consultative workshop — jointly convened by the government of Zimbabwe, the European Union and the United Nations Development Programme and attended by representatives of former and resettled farmers as well as western diplomats from the United Kingdom and the Netherlands — that the State was determined to “bring closure” to the highly divisive land issue.

Chinamasa said the renewed effort to compensate white farmers was in line with the government’s bid to normalise ties with the international community and pave way for the country’s re-admission into the global economy.

“Re-engaging with farmers here is much more important than re-engaging the world,” Chinamasa said.

He, however, cautioned that Zimbabwe would need time to pay the farmers, whose losses are said to run into billions of dollars, according to independent valuations. Zimbabwe has struggled to draw in an average $4 billion in annual revenues since 2009 when it dumped its currency to informally dollarise and tame hyperinflation, which had reached 500 billion percent in December 2008, according to International Monetary Fund (IMF) statistics.

“We need to be realistic, we are hamstrung by sub-optimal economic growth and a debt burden, but it is important that we know how much we owe,” Chinamasa said, refuting media reports that he had circulated a paper in Parliament detailing a $10 billion compensation fund.

Although Chinamasa did not provide details of how the government would raise the cash to compensate the farmers, a concept paper circulated at the meeting listed Treasury Bills, allocations from the budget, a land tax and donor funds as possible sources of funding.