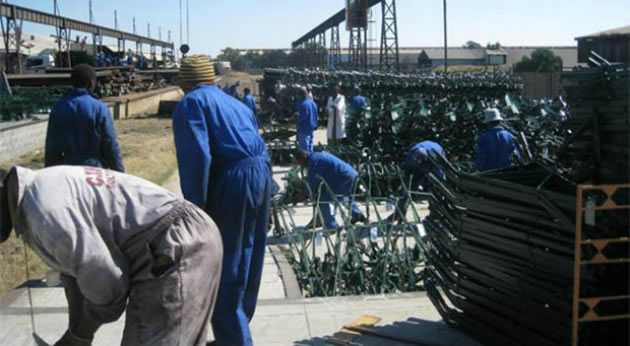 Struggling agro-industrial group Zimplow Holdings is looking to dispose of its non-core property assets after its financial results for the full year to December 31 showed a 55 percent increase in loss to $4.7 million.

The key Mealie Brand unit struggled, with revenues falling by 50 percent as drought and low levels of disposable income haunted the firm. Exports were at 25 percent of 2014 levels as key markets of Angola and Zambia were hit by falling oil and copper prices.

Zimplow said Barloworld Equipment UK had increased its shareholding in Barzem Enterprises to 49 percent with the purchase of an additional 14 percent stake in January this year.

The deal guarantees Barzem’s dealership rights to Caterpillar franchise, which are owned by Barloworld South Africa for the Zimbabwe territory, and raise funds for its capital projects.

“This (deal) achieved our important twin goals of protecting our rights to the Caterpillar dealership as well as raising money for Barzem. Barzem is now adequately capitalised and also has a strong cash position,” said Zimplow chairman, Thomas Chataika in a statement.

Zimplow shuffled its top leadership at the start of this year, with Mark Hullet replacing Zondi Kumwenda as chief executive after a turbulent three-year period that saw its value slashed by nearly 90 percent.

It also appointed Chataika, a chartered accountant, as new board chair from November 26 following the retirement of Zivanayi ‘Zed’ Rusike, who led the company since 2010.

In February last year, it raised $5 million in a rights issue which was used to retire expensive bank debt.

A restructuring of the business during the period under review will save the group $1.7 million annually going forward. The company also realised a net cash amount of $7.4 million from debtors and inventories.

Excess volumes at Mealie Brand will allow Zimplow to compete against cheap imports from China and India, while enabling the firm to reclaim its foreign markets, the company said.-The Source