Although the party’s Secretary for Administration Ignatius Chombo says this is a routine meeting as there is “nothing special”, people are eagerly waiting for its outcome as this is the first politburo meeting after First Lady Grace Mugabe’s outburst at her Chiweshe rally. 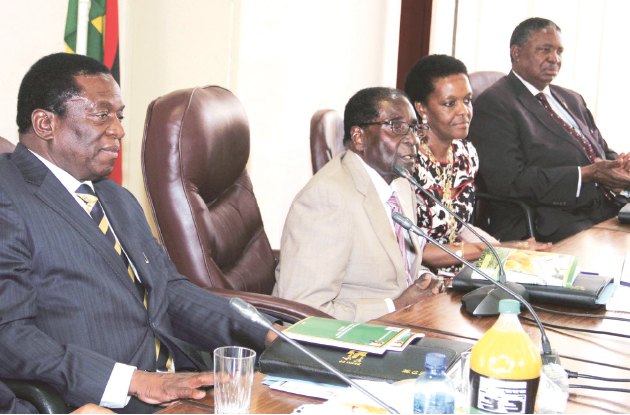 There have been whispers that security forces were not amused and have been piling pressure on President Robert Mugabe to rein in his wife as she had encroached on the sacred subject of national security.

There is also the key question about the future of Mutsvangwa who has been under siege first from his home province Mashonaland West which wants him expelled from the party, some war veterans who want him out of the national body and the First Lady herself who was not amused by his attitude towards her.

There are also other disciplinary cases outstanding which observers say are aimed at whittling down support for Mnangagwa.

Also quite significant is that this is the first politburo meeting after former Vice-President Joice Mujuru formally launched her party Zimbabwe People First opening doors for all those disgruntled with the ruling party to join her.

Although Chombo said the meeting would focus on the economy, most people believe that it is the politics that is hindering any economic recovery.

But this month is crucial as the country promised to pay off its arrears in the first quarter of this year to return to the International Monetary Fund fold.