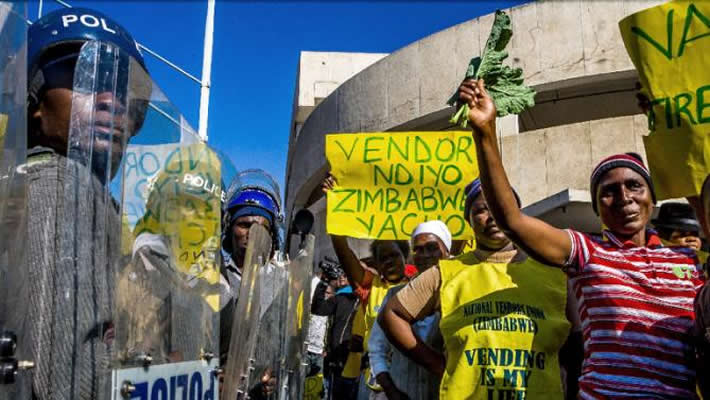 Steward Bank, a subsidiary of Econet Wireless has secured a $15 million line of credit for on lending to small to medium enterprises (SMEs).

Steward Bank chief executive Lance Mambondiani said that the bank was hoping to increase its share of the market in the sector by availing low interest loans.

Informal trade, made up mainly of SMEs dominates Zimbabwe’s economic landscape as large corporates fail. The central bank estimates that the sector, which is not taxed and is highly unbanked, employs over six million people contributing close to 60 percent of the country’s GDP.

This has made the sector become a target of most banks aiming to get a share of the estimated $3 billion to $7 billion reported to be circulating in the sector.

“We have several partners that have contributed to this facility. These include USAID, SNV and FAO. I am not in a position to break down the investments but the entire pot comes to $15 million,” he said.

Mambondiani said interest rates on the loans would be set between eight percent and 10 percent.

The $15 million facility is in addition to the bank’s current loan book of $60 million.

The bank currently has a loan default rate of 15 percent which is higher than the market average of 10.9 percent.

Its depositor’s base stands at $83 million.- The Source

Are we too poor or too stupid- what happened to the saying “we are our own liberators”?

Why should the informal sector remain informal?

Is anyone working at all in Zimbabwe?

When four minus two is equal to zero