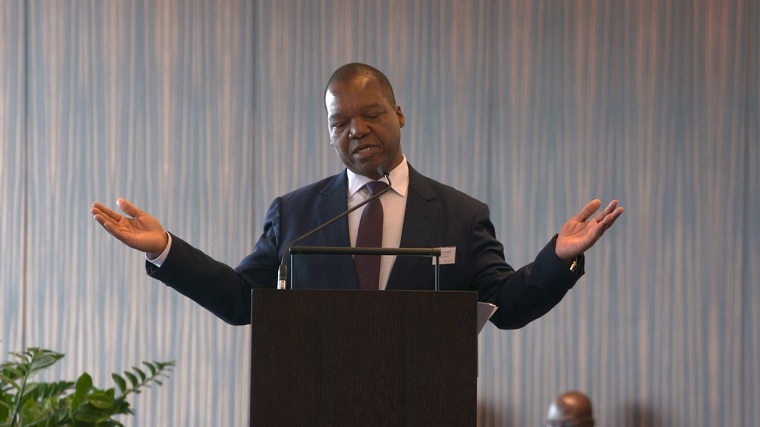 Reserve Bank of Zimbabwe governor John Mangudya prays for Zimbabweans to “understand economics”, as annual inflation stands at 934%, according to independent economists.

Government figures claim a 676% inflation rate as of March.

The governor pinned poor economic performance to indiscipline in the financial services sector, where he singled out mobile money agents for operating like “Ponzi schemes” which he likened to “Sodom and Gomorrah”.

He also conceded that there was low production and economic activity in the country.

“There’s a demon in this country causing economic instability. It’s like coronavirus but we have to trace it. We have to understand the root cause of our economic challenges. We should not spend a lot of time focusing on symptoms,” he said.

On Tuesday, Zimbabwe rolled out new $10 notes and will introduce $20 notes early in June. These will be the highest denomination on the market, but Mangudya said this is not going to be the reason for inflation.

“There’s a narrative which is always wrong in Zimbabwe that if we increase money supply this will cause inflation,” he said.

To get the new notes banks are exchanging their Real Times Gross Settlement (RTGS) balances for physical cash.

Covid-19 has badly affected Zimbabwe and the governor said the country was left out of relief loan funds for the pandemic because it owed the World Bank and African Development Bank.

“There’s nothing we can do about it. So we are on our own,” he said, adding that the country suffers mostly from international perceptions. “Zimbabwe is considered high risk.” –TimesLive