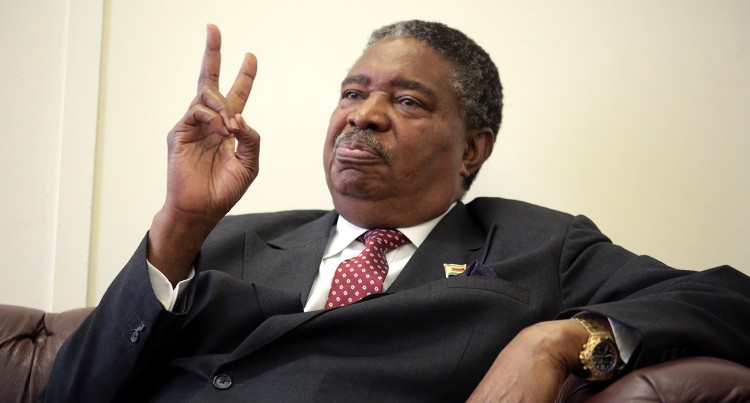 Speaker of Parliament Jacob Mudenda last week blocked Mabvuku-Tafara Member of Parliament James Maridadi from asking a question about Vice-President Phelekezela Mphoko’s 15-month stay at the rainbow Towers and instead asked him to put the question in writing.

Maridadi did not even finish his question before someone interjected and Mudenda advised him that questions asked during question-time in Parliament which is every Wednesday are on policy and not on specific issues.

Mphoko has been staying at the five-star Rainbow Towers since 14 December 2014  when he was appointed Vice-President. Some reports say this has cost the taxpayer about $300 000.

When Vice-President Emmerson Mnangagwa was asked the same question about Mphoko’s hotel stay in October last year, he said that this was an issue for the elders and should not be spoken about.

Responding to a question from Chitungwiza North Member of Parliament Godfrey Sithole on what the government policy for senior government officials was and the background of reports that Mphoko had been staying in a hotel since 14 December 2014, Mnangagwa responded: “Hon. Speaker Sir, I would like to tell you that some of these issues are for the elderly and should not be spoken about. We are working on this issue and we are looking for a house so that the Hon. Vice President can be accommodated.”