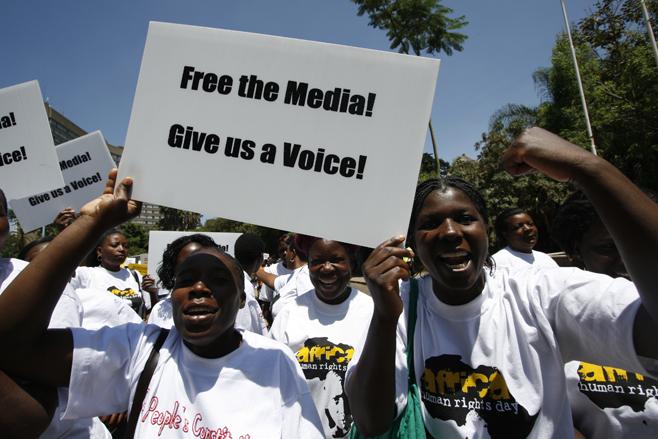 Press freedom and independence, a staple ingredient of democracy worldwide, is declining at an alarming pace, according to the 2015 World Press Freedom Index. But the transparency and vigilance that a free and independent press provides are critical not only to democracy; they also serve as powerful weapons against forces, ranging from corruption to bad business practices,that  undermine economic prosperity. Simply put, without high-quality journalism, achieving better, stronger, and more robust economies is not possible.

Every day brings examples of the threats, and in some cases attacks, that the press increasingly confronts, whether from authoritarian leaders or as a result of nonviable business models. Either way, at a time when we need serious investigative journalism and intelligent analysis of economic trends and business activities more than ever, the capacity to deliver them is rapidly being eroded.

One problem is that, with print advertising in terminal decline, media companies are finding it harder to subsidize the long-term research that in-depth reporting typically requires. Yet, by identifying and bringing to the fore issues that may influence political agendas and public life for years to come, the impact of such reporting can be enormous.

Consider Reuters’ 2012 investigation – requiring months of meticulous research – into Starbucks’ tax-avoidance scheme. The journalist Tom Bergin analyzed years of complex documentation to discover, expose, and explain the ins and outs of how the company was circumventing local taxation in the countries where it operates. His investigation triggered an avalanche that continues to reverberate around the world today, as many other multinational companies come under scrutiny. And research like that does not come cheap.

But a financing model that ensures the provision of this vital public good is of no use in the face of political repression, which is increasing worldwide. At the beginning of March, for example, Turkish President Recep Tayyip Erdoğan’s government shut down the country’s highest-circulation newspaper, Zaman, and security forces fired tear gas and rubber bullets at protesters outside the paper’s headquarters.

European leaders, including German Chancellor Angela Merkel, Italian Prime Minister Matteo Renzi, and French President François Hollande, all made the Zaman case a part of their discussions with Turkish Prime Minister Ahmet Davutoğlu when they met recently to discuss the refugee crisis. World leaders must continue to speak out – and to be adamant in their support of press freedom in their own countries. After all, the signal that such official behavior sends is one of a country going backwards – a stunting of innovation and growth.