MP says our girls would not be abused if we... 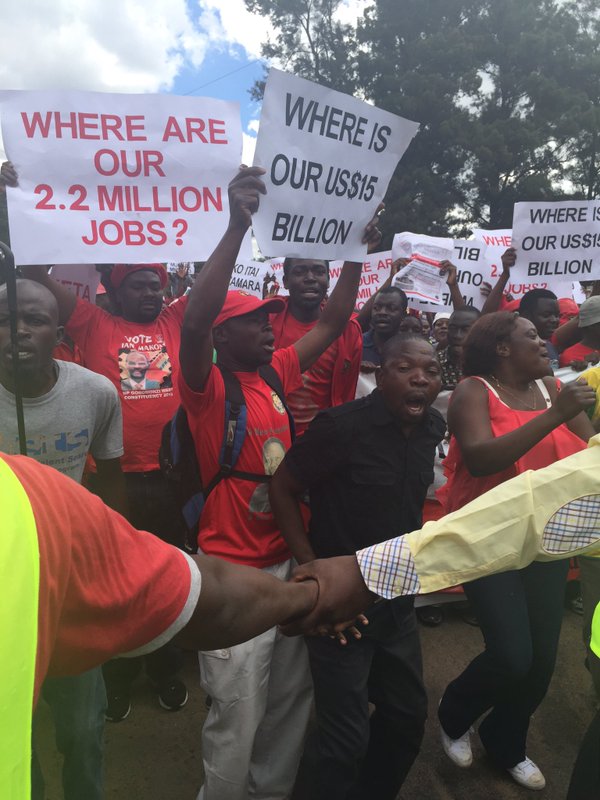 Member of Parliament for Mashonaland West Concilia Chinanzvavana said the government was entirely to blame for the abuse that women that were trafficked to Kuwait were suffering because it had failed to create jobs for them.

This was compounded by the rampant corruption in the country because some $15 billion that the country is supposed to have wearned from diamonds couldnot be accounted for.

“Let us get rid of corruption.  If there is corruption, we cannot develop.  What caused economic meltdown was the issue of corruption.  We talk of $15 billion that went unaccounted for.  That is money that should have created jobs in this country,” Chinanzvavana said in her contribution to the debate on human trafficking.

“We have mineral resources that are of high value.  It is said that money from diamonds is not known where it went to.  When we talk to others they will tell you that there are sanctions.  Where did the $15 billion go?  The money was not accounted for after we had our minerals.  How can we create jobs if there are such corrupt tendencies?  We need transparency; if our mines were operating properly, our diamonds would be sold and it would enable us to open up industries and engage in value addition.”

Chinanzavana said the government should examine itself first before blaming others for its plight.

“Our local singer Oliver Mtukudzi sang a song that says Ongorora chikonzero chaita musoro uteme.  What has caused these children to engage in diasporan flights?  As a government, we are the ones with a problem.  We are to blame Mr. Speaker Sir.  When our children depart and go to neighbours to seek for food, it means there is somewhere I am lacking as a parent.  It means I need to address my family issues to ensure that our children do not go and eat elsewhere.”