Mliswa says he hopes Mugabe leads spiritual leaders not to... 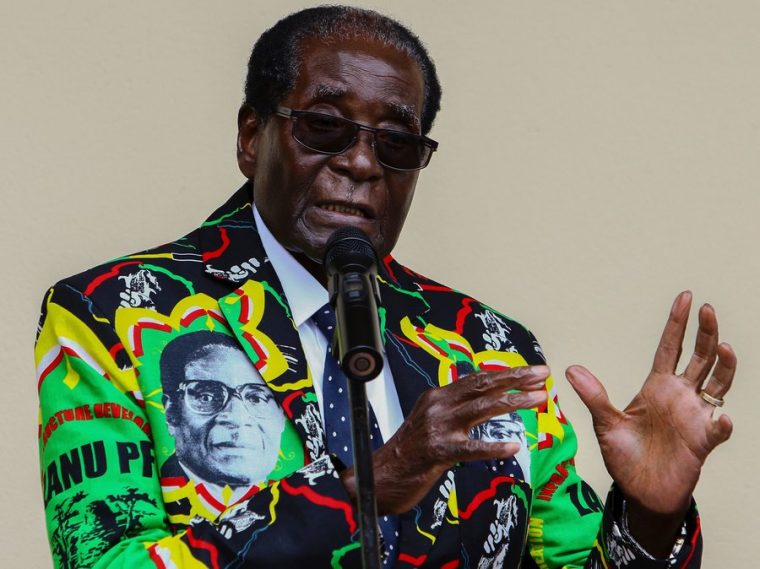 Independent legislator Temba Mliswa yesterday paid tribute to former President Robert Mugabe “for the good he did for this country” adding that he hoped that Mugabe “leads the spiritual leaders where he is so that they do not give this country back to the people that we fought against”.

Mliswa interrupted debate on condolences to Tsholotsho South Member of Parliament Zenzo Sibanda who died last month to pay tribute to Mugabe who died on 6 September 2019, because the 6th was on Monday when Parliament was not sitting.

“I would like to acknowledge and recognise 6th September as the day our icon, the founding father of this nation died.  It is important that we remember him for the good he did for this country, the SADC region, Africa and the world for his empowerment initiatives, especially the Land Reform Programme and the Indigenisation Empowerment Act,” Mliswa said.

“As a result, we hope that he leads the spiritual leaders where he is so that they do not give this country back to the people that we fought against.  His principles and the founding struggle of this country must continue unabated and in a manner which empower everyone.

“It is important Madam Speaker before I sit down to note that when the war veterans went to war, they did not go with ploughs or tractors to till land.  They went with guns so that they could reclaim the land.  Production is secondary; priority was the land.  May we always remember that?

“I am where I am today empowered as a result of the farm which I got under his leadership because he was a man of his word.  Many regret not taking farms when he said the land reform is real, go and get a piece of land.  For that, may his soul rest in peace.  He remains an icon for many others” Mliswa said.

President Emmerson Mnangagwa paid tribute to Mugabe on Monday saying he was a principled man who did not deviate from what he believed to be right.

“As the nation remembers the second anniversary of the passing on of our founding father, leader and inaugural President of the Republic of Zimbabwe, Cde Robert Gabriel Mugabe, let us focus on his illustrious life of selfless sacrifice for the political freedom and independence we enjoy in our country today,” Mnangagwa said.

“There is no better way to remember him than recalling to ourselves the values which he stood for and embracing them as our own in order to develop our country in peace and harmony.

“The founding father of our nation distinguished himself as a principled man who would never compromise on what was right and just for his people…….

“Our liberation struggle was waged over our land which had been taken away from us by the white settler imperialists, thus justifying our noble cause.

“Now that we own the land, we cannot ever let go because it is sacrosanct. It is, therefore, incumbent upon every Zimbabwean to protect and defend our land at all costs.

“The land defines our sovereignty, and to lose it for whatever reason, would be a great betrayal to our patriarch and all the heroes of our liberation struggle.

“Our inaugural President taught us that right is might, challenging the great powers of the world that espoused the doctrine of might is right.

“Our late leader would always invoke one of the key tenets of the United Nations Charter which asserts the sovereign equality of nations.

“Equally, he would remind us and the world that Zimbabwe is for Zimbabweans, and that the destiny of our nation lies in our own hands. Hence, whatever we do, we do it for ourselves as Zimbabweans foremost and for nobody else.”

Mugabe was buried at his rural home in Zvimba after his family refused to have him buried at the national heroes’ acre.