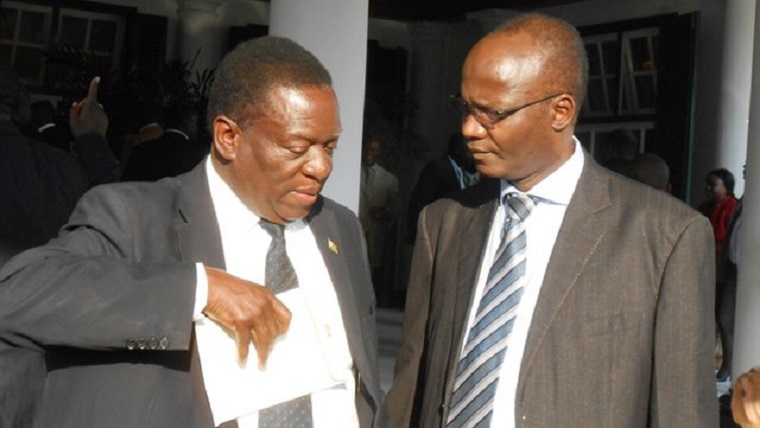 Former Higher Education Minister Jonathan Moyo, who is one of the staunchest critics of President Emmerson Mnangagwa and his administration, says United Nations special rapporteur Alena Douhan’s report in which she called on the West to lift sanctions on Zimbabwe is balanced.

Commenting on Douhan’s statement following her 10-day visit to Zimbabwe to assess the impact of sanctions on Zimbabwe in which she said the West should lift the sanctions because they were hurting the poor, Moyo tweeted: “ALENA DOUHAN’S REPORT IS BALANCED. Sanctions insidiously affect economy & people. US & allies should end their sanctions.”

He, however, said the Zimbabwe government should also stop weaponising sanctions.

“Zim govt should end weaponizing sanctions against citizens, through the use of rhetoric as an advocacy tool; there should be CONSTRUCTIVE DIALOGUE!”

Zimbabwe has been under sanctions from the United States and the European Union for the past 20 years but the EU has lifted most of the sanctions except on three people and the Zimbabwe Defence Industries.

Britain, which left the EU, has imposed its own sanctions on Zimbabwe.

Canada and Australia also have their own sanctions on Zimbabwe.

The United States embassy in Harare which has been advocating for sanctions to continue did not comment on Douhan’s statement but instead retweeted what Senator Jim Risch said.

Risch, a ranking member of the Foreign Relations Committee tweeted: “Another year, another hollow anti-sanctions campaign from the gov’t of #Zimbabwe, full of rhetoric instead of change. The U.S. is consistent & clear about the path to better relations. Stop the corruption. Stop the #humanrights abuses. Pursue real political & economic reform.”

Some civil society organisations in Zimbabwe were also against the lifting of sanctions.