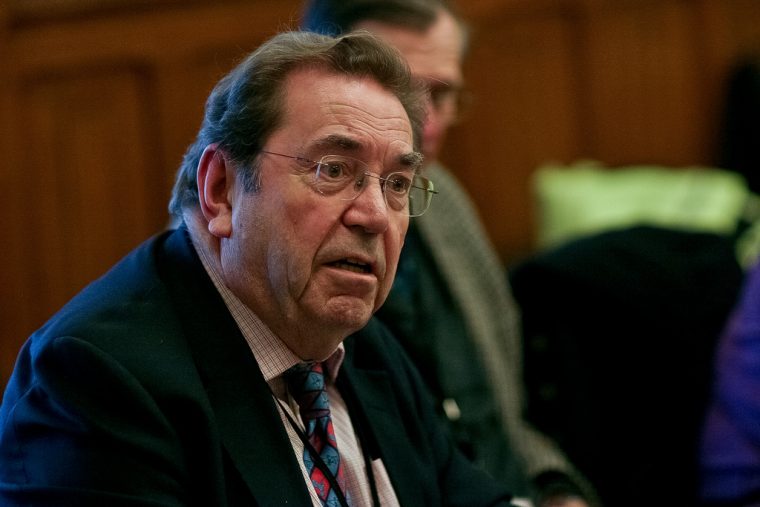 Billions of dollars realised from Zimbabwe’s looted diamonds may be stashed in London, a British peer said last week.

Lord David Chidgey told the House of Lords on Tuesday that London was the destination of choice for the proceeds of the diamonds fields of Zimbabwe.

Contributing to the debate on money laundering, the British peer, who is on the advisory board of anti-corruption body, Transparency International UK, said: “How can we be taken seriously when the City of London is considered by many to be the money laundering capital of the world?

“London is the destination of choice, for example, for billions of dollars whisked out of the Crimea and the proceeds of the diamond fields of Zimbabwe and the bauxite mines of Guinea.”

The Insider tried several times to talk to him for more details but without success.

President Robert Mugabe said in March that Zimbabwe had hardly received more than $2 billion dollars from its diamonds yet $15 billion or more had been earned.

“We have not received much from the diamond industry at all,” he said. “Not much by way of earnings. I don’t think we have exceeded $2 billion or so and yet we think that well over 15 or more billion dollars have been earned in that area. So where have our gold or carats have been going…?”

Several senior Zimbabwe African National Union-Patriotic Front officials, including the First Lady and People First Leader Joice Mujuru, were named in the Wikileaks cables as having looted the Marange diamonds- allegations which were never proved.

The government is currently carrying out an investigation in the country’s missing diamonds but is focusing on Chinese company Jinan Mining.

The company is alleged to have siphoned out millions of dollars using a local bank, BancABC. The investigation is focusing on Botswana, the United Arab Emirates, China, Zambia, Mozambique, Sierra Leone and Democratic Republic of Congo.

It does not include London.