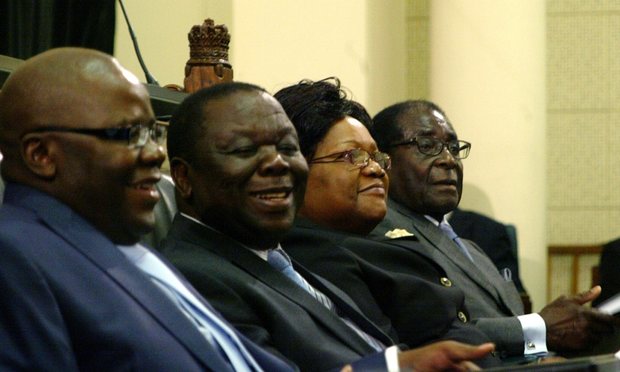 MDC-T staged what it called the “mother of all demonstrations” last month to protest again increasing poverty, joblessness and also called on “clueless Mugabe” to step down. It followed this up with another march in Bulawayo at the weekend.

In response ZANU-PF staged a million-man march this month which saw one of the largest gatherings in the capital for a long time.

Though the march was turned into a show support for President Robert Mugabe, there have been whispers that it was originally meant to show support for the First Lady Grace Mugabe following her disastrous Chiweshe rally but the plan was changed after war veterans insisted that there was only one centre of power, Mugabe, and no one else.

In interviews with NewZimbabwe.Com, the smaller opposition parties claimed that they were not under any pressure to demonstrate their numbers.

But as the old cliché says that politics is a game of numbers, other political parties competing for space in the country’s political landscape said they were not under any pressure to demonstrate numerical presence as was the case with so-called big brothers in the game.

They were speaking in separate interviews with NewZimbabwe.com during the weekend.

Rugare Gumbo of Zimbabwe People First said: “We are not under any pressure at all. If it is about numbers, you will definitely see that in the future. We have our own philosophy of approaching politics which you will see in due course.”

Kurauone Chihwayi of Welshman Ncube ‘s MDC said:  "The MDC has no intention to abuse the hungry and the unemployed or consider street marching as a solution to the economic crisis. The numbers of jobless and hungry marchers who until today are still hungry do not reflect the results of the 2018 elections. The MDC is working on strategies and long term solutions to the Zimbabwe crisis. The MDC has the numbers to do battle with ZANU-PF today or tomorrow."

Godern Moyo of PDP said: "We appreciate all efforts to crack dictatorship, be it demonstrations by MDC-T, flag campaign by the pastor or anti-pledge prayers by the church or strikes by workers, litigation by individuals. All these efforts are necessary and one day they will bear fruit. But as PDP, we are also busy building our own war chest by structuring our new organs of the party in order to make our indelible contribution in the political sphere."