Is it true that people tending to the land in... 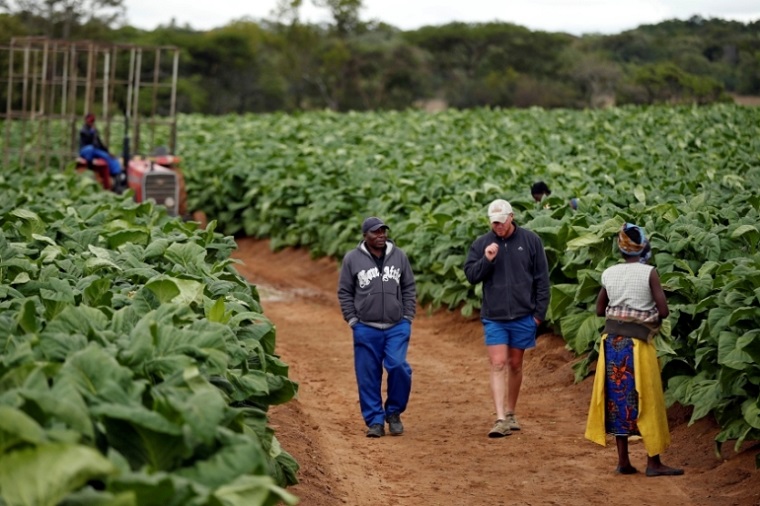 The people tending the crops are, again, mostly White farmers.

Today, the fertile land around the capital, Harare, is dotted with expensive irrigation equipment and wheat, corn and tobacco production is soaring, while a nascent blueberry industry is earning precious foreign currency.

The government’s own targets see soybean output more than tripling this season and the crucial tobacco crop jumping 75%.

The state-controlled Sunday Mail on Oct. 24 crowed about the “successful implementation of the historic land reform program” that “sought to correct historical imbalances in land distribution and ownership.”

In reality, it has failed.

Zimbabwean farming is dominated by large companies such as British American Tobacco and Innscor Africa that hire growers to produce on their behalf on a commercial scale.

Many of the Black Zimbabweans who occupy the fields as a result of Mugabe’s seizures are paid just a few percent of profits by those who manage the land.

Without the skills or the capital to cultivate effectively, those who do farm themselves sell on a small scale to the companies, and complain they barely make ends meet.

While Mugabe’s program may have been politically expedient, it pushed the economy into decline and destroyed industries. Ultimately it’s done little to rectify the historical wrongs he said justified the sometimes fatal attacks that accompanied the seizures and made the country an international pariah.

— By Antony Sguazzin for Bloomberg

Here is what Ian Scoones says:

Will biased commentators abandon their tired narrative that Zimbabwe is a basket case?