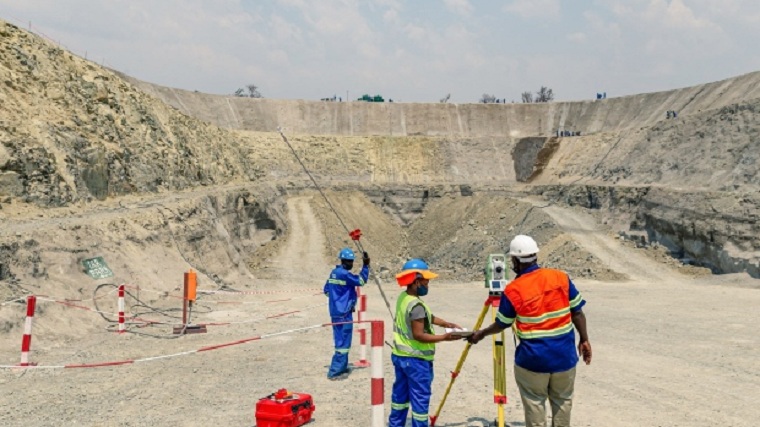 A mining company majority owned by the Zimbabwe government and whose profits will partly be used to compensate former white commercial farmers for land confiscated two decades ago intends to raise US$1 billion for acquisitions and capital expenditure.

Kuvimba Mining House Ltd., in which the government holds a 65% stake, will invest a “significant amount” of the cash raised on the Darwendale platinum project, which belongs to its Great Dyke Investments unit, according to Chief Operating Officer David Brown.

About US$100 million will be set aside for acquisitions and capital expenditure over the next 12 months, he said in emailed responses to questions.

“We require about US$1 billion to build our mines and ensure that catch-up capital is made,” he said, referring to about three years during which little investment was made into the assets. “This will be done over time.”

The group, whose portfolio includes gold, nickel and platinum, will raise part of the money internally through its operations, he said. It will also issue debt.

He denied any ownership by Kudakwashe Tagwirei, an adviser to President Emmerson Mnangagwa, who’s under US sanctions for alleged corruption.

Profits from Kuvimba will be used to compensate former white commercial farmers for land confiscated two decades ago and for pension payments that are in arrears, Ncube said.

Kuvimba has three working gold mines producing about 300 kg of the metal each month and owns a nickel mine with monthly output of 550 tons.

The company is finalizing negotiations to acquire Metallon Gold Zimbabwe Ltd.’s Mazwoe mine. It is looking at other assets such as lithium, nickel and copper and exploring opportunities in Africa too, Brown said.- Bloomberg