Mnangagwa congratulates Biden says US has no right to punish... 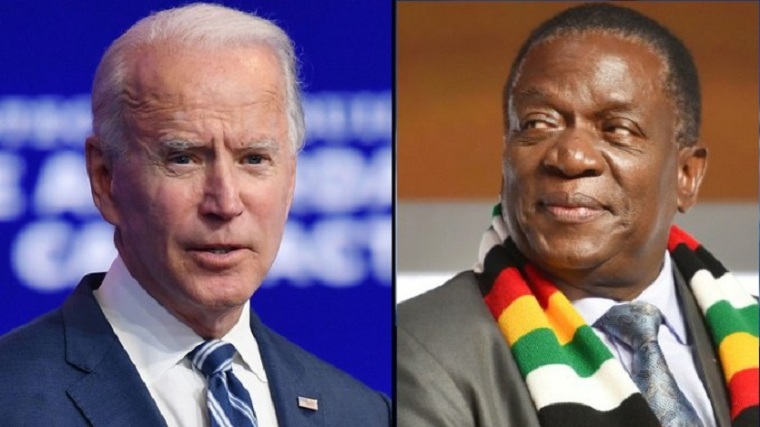 Zimbabwe President Emmerson Mnangagwa has congratulated United States President –Elect Joe Biden on his confirmation as the next US president and said yesterday’s events in the United States in which President Donald Trump’s supporters stormed  the Capitol building showed that the US had no moral right to punish Zimbabwe with sanctions under the guise of upholding democracy.

Mnangagwa, who is on his annual leave until the end of the month, tweeted: “Last year, President Trump extended painful economic sanctions placed on Zimbabwe, citing concerns about Zimbabwe’s democracy.

“Yesterday’s events showed that the US has no moral right to punish another nation under the guise of upholding democracy. These sanctions must end.

“I’d like to again congratulate President-elect  @JoeBiden  on his confirmation as the 46th President of the United States.

“Zimbabwe is, as it always has been, ready to work together as friends and partners with the US for the benefit of both our peoples.”

Zimbabwe has been under US sanctions since 2003 but the US insists that the sanctions are aimed only at a few targeted individuals and firms.

The Zimbabwe government says they are hurting the entire country and have cost it anything up to US$100 billion over the past 18 years.

Mnangagwa has, however, vowed that sanctions or no sanctions he is going ahead with plans to transform Zimbabwe into an upper middle income country by 2030.