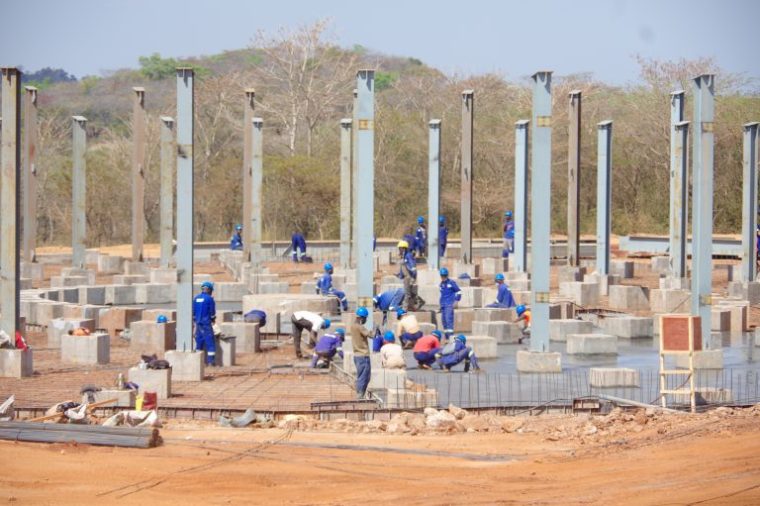 Huayou Cobalt, the Shanghai-listed metals company which bought Arcadia lithium mine last year, expects to complete the construction of a processing plant by year-end and deliver its first output in the first quarter of 2023.

Huayou, one of the world’s major producers of battery minerals, last year completed a US$422-million purchase of the hard-rock lithium mine from Australia-listed Prospect Resources.

“We are targetting to complete our project by the end of the year so that we can start commissioning and production at the first quarter of 2023. As we speak, we are on course to achieve that,” George Togara, manager of Huayou Cobalt’s Arcadia lithium mine said.

The company plans to produce both petalite, used in the ceramic industry, and spodumene, an ingredient needed by battery makers.

“On an annual basis, we will be mining 4.5 million tonnes of ore, and that ore will be then processed and will produce around 400 000 tonnes of concentrate and that concentrate will all be exported,” says Trevor Barnard, deputy general manager of Prospect Lithium Zimbabwe.

“I think Zimbabwe has got significant lithium resources and obviously from that perspective, it plays an important part within the lithium value chain and also by extension into the renewable energy value chain of which lithium is a very important component,” Barnard said.

Earlier, Huayou said it would spend US$300 million to bring the project to production.

An optimised feasibility study done by Prospect last year, before the sale, had set a budget of US$192 million for capital expenditure.

That study estimated that the mine would have an average annual spodumene production of 147 000 tonnes, which is more conservative than the new owners’ projection of 400 000 tonnes per year. Huayou’s estimate of 4.5 million tonnes of ore per year is also higher than Prospect’s 2.4 million tonnes.

Arcadia is one of a string of lithium projects that are taking off, led mostly by large Chinese metals companies and UK prospectors.

Shenzhen-listed Sinomine bought Bikita Minerals for US$180 million, while Chengxin Lithium bought a 51% interest stake in Sabi Star Lithium Mine for US$77 million. Chengxin has started developing the mine, in Buhera, for US$130 million.-NewZWire