Opposition legislators say Zimbabwe should quit CITES so that it... 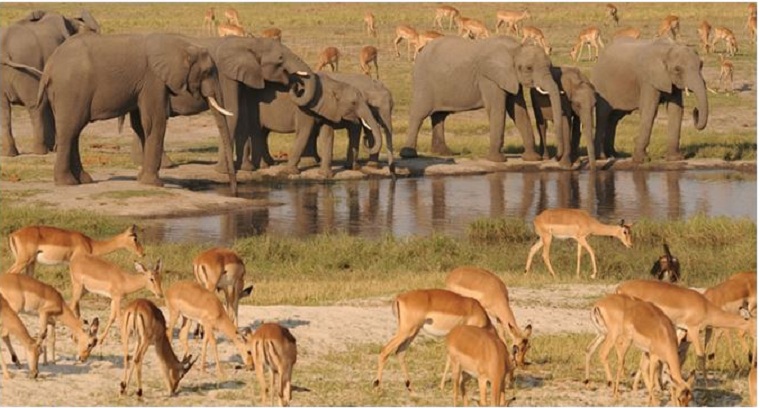 Zimbabwe opposition leaders have called on the government to quit the Convention on International Trade in Endangered Species of Wild Fauna and Flora (CITES) so that it can benefit from its vast wildlife resources.

Zimbabwe has more elephants than its carrying capacity but cannot sell the elephants or ivory because of CITES restrictions.

Senator Morgen Komichi urged the government to quit CITES so that it could manage its own animals without anyone managing the country from afar.

Environment Minister Mangaliso Ndlovu, however, told the senators that Zimbabwe could not quit CITES because even if it did, it would not be able to sell its elephants as potential buyers would remain members of CITES and would therefore not be able to buy its products.

HON. SEN. KOMICHI: My question is directed to the Minister of Environment, Climate Change, Tourism and Hospitality Industry. In Zimbabwe, human-wildlife conflict is escalating mainly due to overpopulation of animals in the respective areas.  It has been the desire and wish of Zimbabweans to beneficiate from these animals in ivory trade and meat consumption so as to control the herds.  We are aware that there is an organisation called CITES which does not allow us to do so.  Why do we not quit from CITES so that we can manage our animals without anyone managing us from afar?

THE MINISTER OF ENVIRONMENT, CLIMATE CHANGE, TOURISM AND HOSPITALITY INDUSTRY (HON. M. NDLOVU): It is very true that as a country, increasingly we are facing serious human-wildlife conflict emanating mainly from rapidly increasing populations of both humans and wildlife, also from the effects of climate change habitant loss.

It is also true that it would help a lot if this country was allowed to trade in wildlife and wildlife productions, a position which is very difficult within the CITES provisions.  We meet every three years, that is all member states of CITES to deliberate on issues and it is a matter of public record that Zimbabwe has been clear in its desire to trade in wildlife and wildlife products.  The current provisions are such that all member states of CITES are bound by the provisions of CITES.  It was for the first time three years ago that within the CITES convention, a country deposited a dispute and that was Zimbabwe.  It was on the basis that we felt that the issues of Zimbabwe are not being given the attention they deserve and this also applied to the whole Southern African region which holds more than 85% of the world elephant population.