Where ‘Brand Zimbabwe’ will either rise or fall 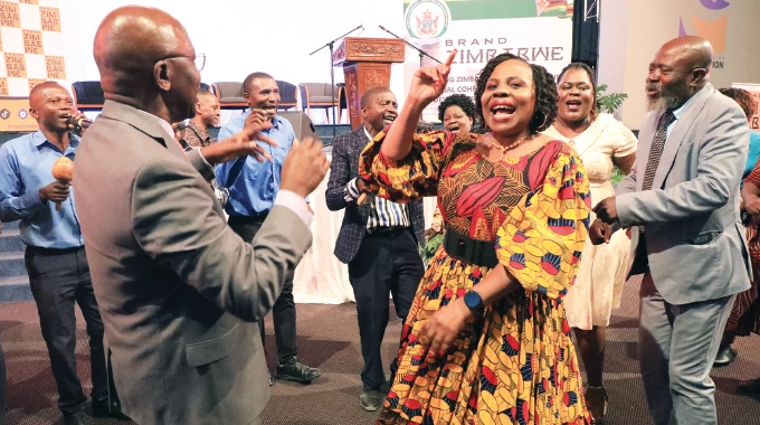 A few days ago, a friend who works for the government invited me to attend the launch of “Brand Zimbabwe” in Harare.

What was this about?

At the entrance, I got an orange pamphlet. It began by saying “over the last three decades Zimbabwe has faced a number of political, social and economic challenges including political instability” and that “the government and the People of Zimbabwe believe that the current status quo is undesirable and needs to change and give way to a more united, stable and prosperous Zimbabwe.”

Fair point. So, is anybody doing anything about it, I wondered?

It went on: “In the coming in of the second republic, an effort has been made to change the image of the country with the implementation of political and economic reforms aimed at improving governance and creating an environment where the economy can grow and business can thrive.”

So, Brand Zimbabwe, is the start of a process of consultation on how Zimbabwe should be branded.

The exercise will involve “Zimbabweans from all walks of life”. It will be a “nation’s soul search exercise for self-discovery”.

Well, as a lifelong card-carrying member of the “people from all walks of life”, there is no harm in diving right into this “national soul search”.

I will start in Chile.

After Chile got rid of Augusto Pinochet, the US-backed dictator who ruled from 1974 to 1990, the country set about trying to rebrand itself.

Chile spent a lot of money. Once, they dragged a giant iceberg halfway around the world to the World’s Fair in Seville, 1992, according to one report. In the end, what worked wasn’t such stunts.

Jorge Cortes, a digital marketing manager who has worked on Chile’s rebrand, put down Chile’s successful rebrand to two factors: a long-term strategy, and getting citizens on board.

“It is essential to strengthen Brand Chile inside the country in order to effectively promote it abroad,” he told the BBC.

The Chileans get it. We don’t.

Here are a few points that those who will drive Brand Zimbabwe will need to figure out, before we all waste time and money.