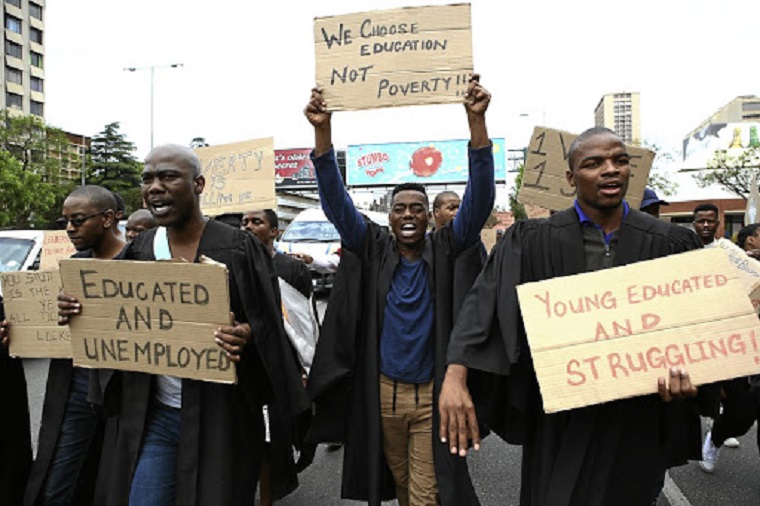 Zimbabweans are more worried about jobs than corruption according to a survey by Afrobarometer. The cash crisis is now the least of their worries.

According to the survey, 38% of the respondents said the most important problem that they wanted the government to address was unemployment.

It was followed by infrastructure and roads with 33% and education with 31%.

Corruption was in seventh place with 17% while cash was at the bottom with 7%.

Ironically only 4% of those in urban areas were worried about the cash crisis while 9% in rural areas faced the same problem. 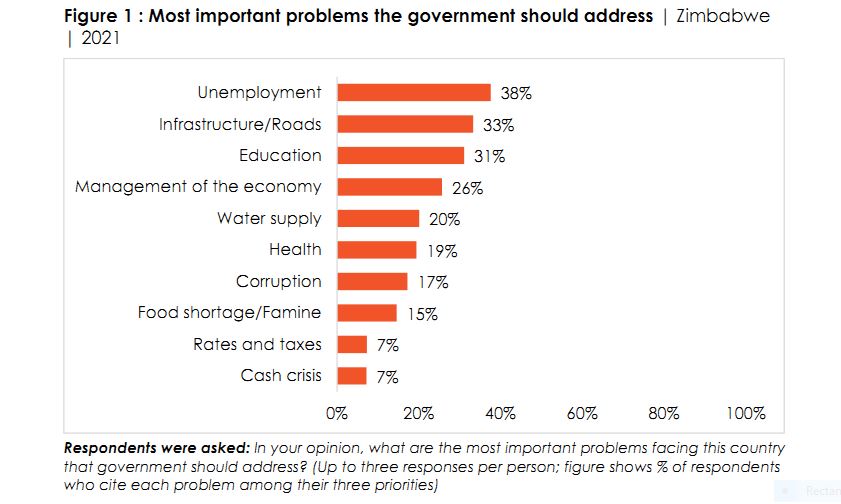