Zimbabwe urges business to stop pressuring consumers to pay in...

Zimbabwe has urged business to stop competing for foreign currency sales through using penal exchange rates to discourage consumers from paying in local currency because they are in fact punishing consumers and stoking adverse inflationary pressures which is detrimental to the economy.

This was one of the points raised by the Reserve Bank of Zimbabwe at a meeting with business on Friday last week.

The central bank said Zimbabwe’s monetary system was largely in local currency with 56% of the banking sector deposits being in Zimbabwe dollars and 44 % in foreign currency.

The two also agreed that continued dialogue between the authorities and business remained paramount in order to maintain the momentum of stabilising the rate of inflation, the foreign exchange rate and the economy in general, as well as building confidence in the local currency. 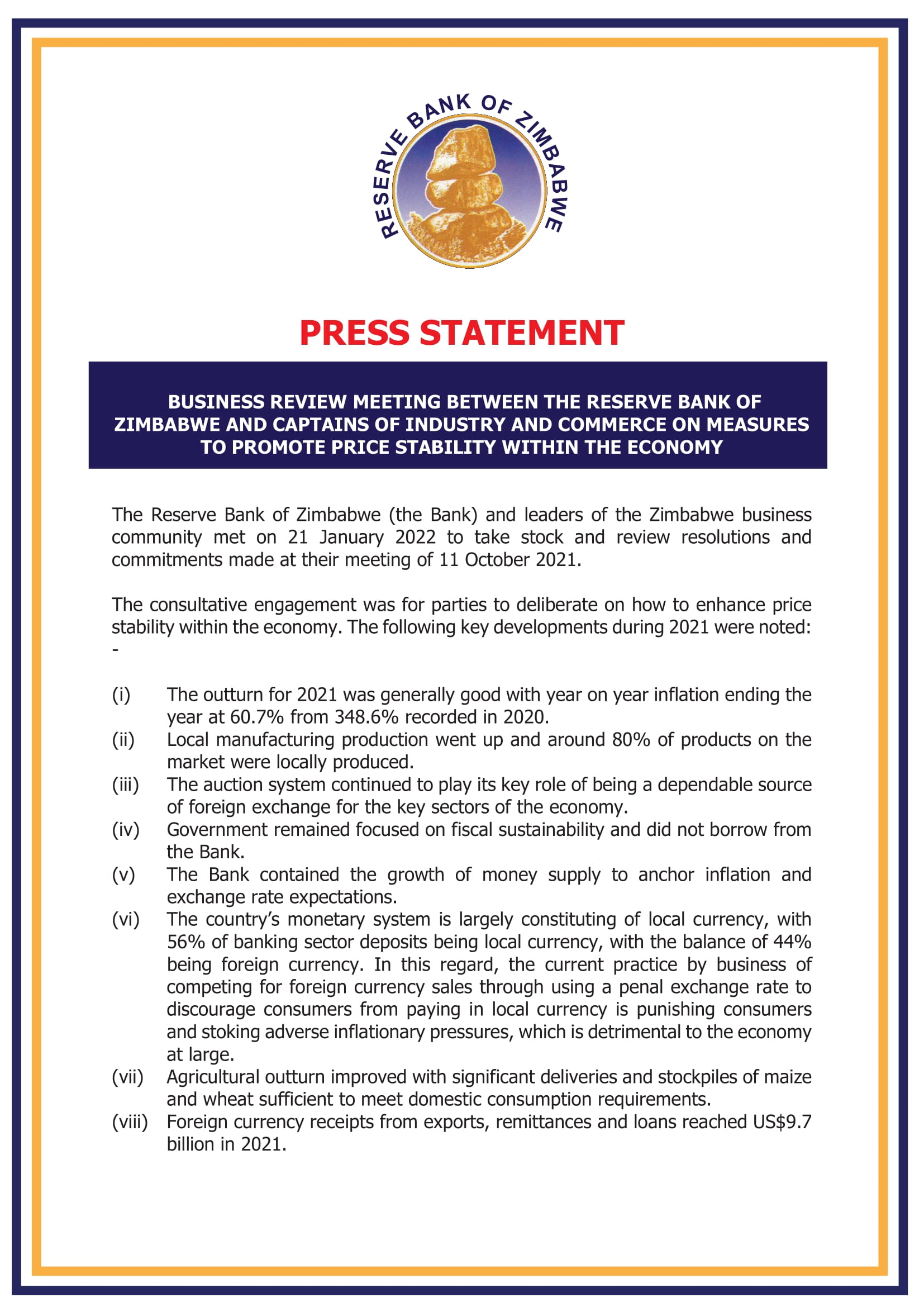