Zimbabwe says it cannot do anything about soiled US dollar... 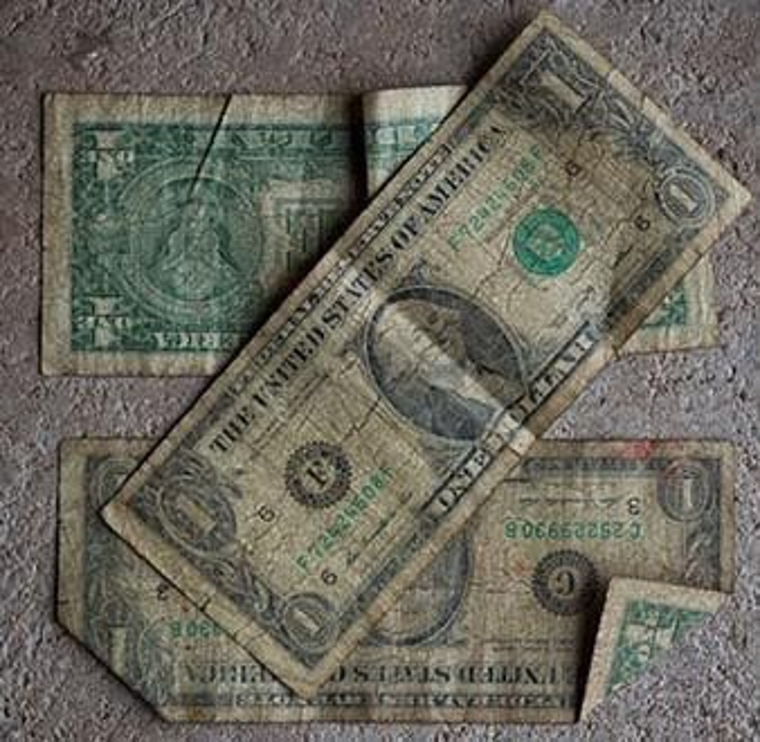 Zimbabwe Justice Minister Ziyambi Ziyambi, who is also the leader of government business in Parliament, today said there is nothing Zimbabwe can do about soiled United States dollar notes that are being rejected by business because they are not its currency.

Responding to a question from Mt Darwin South legislator Stephen Kabozo on what the government was doing about worn out US dollar notes that were in circulation but were being rejected by business, including state-owned enterprises like the Zimbabwe National Roads Administration, Ziyambi said there was nothing that the government could do beyond what the US embassy, the owners of the currency, had said.

The US embassy said in July: “Any badly soiled, dirty, defaced, disintegrated, limp, torn or worn out currency note that is not mutilated, and does not require special examination to determine its value, is considered legal tender by the US government.”

When further pressed about what the government was going to do to get rid of the discord in the market since there were some people who were buying soiled notes for half their value, Ziyambi said: “This is not our currency. It is a US American government currency. We do not have any control whatsoever over it….. So I am not the right person to issue a policy over a currency that does not belong to the Zimbabwean Government.”

Zimbabwe has allowed the use of the US dollar in the country until the end of 2025.

HON. KABOZO: Good afternoon Hon. Speaker and thank you for affording me this opportunity to express myself in this institution.  My question is directed to the Minister of Finance in his absence, I will direct my question to the Leader of Government Business.  What is the Government policy measure in place with regards to the worn out US dollar notes which are in circulation? I have noted with concern that even at our tollgates they are no longer accepting even slightly torn notes – which is worrisome, taking into consideration that we do not print US dollar notes here in Zimbabwe. What is the Government policy measure in place to get rid of this activity?  I so submit and I thank you – [HON. MATANGIRA: Inaudible interjections.] –

THE MINISTER OF JUSTICE, LEGAL AND PARLIAMENTARY AFFAIRS (HON. ZIYAMBI): I did not get the question.

THE HON. DEPUTY SPEAKER: You were busy talking to Hon. Matangira and not listening to the question. Hon. Kabozo, please may you repeat your question.

THE MINISTER OF JUSTICE, LEGAL AND PARLIAMENTARY AFFAIRS (HON. ZIYAMBI):  Thank you very much Madam Speaker. The owners of the notes, through their embassy issued a statement that was made public on the usage of those notes. I think as Government, we cannot issue a contrary statement to what they said. I thank you.

HON. KABOZO: Thank you Madam Speaker. Is the Minister aware that there are agencies across the country who buy the tattered and torn USD notes at a rate half of the amount of the note on offer? For example, if you have a USD20 note which is tattered and torn, you are given USD10 note, which is daylight robbery. What is the Government doing to get rid of this discord in the market? I rest my case Madam Speaker and I thank you.

HON. ZIYAMBI: Thank you Madam Speaker. This is not our currency. It is a US American government currency. We do not have any control whatsoever over it and we do not even control what happens beyond our borders. So I am not the right person to issue a policy over a currency that does not belong to the Zimbabwean Government. I thank you.