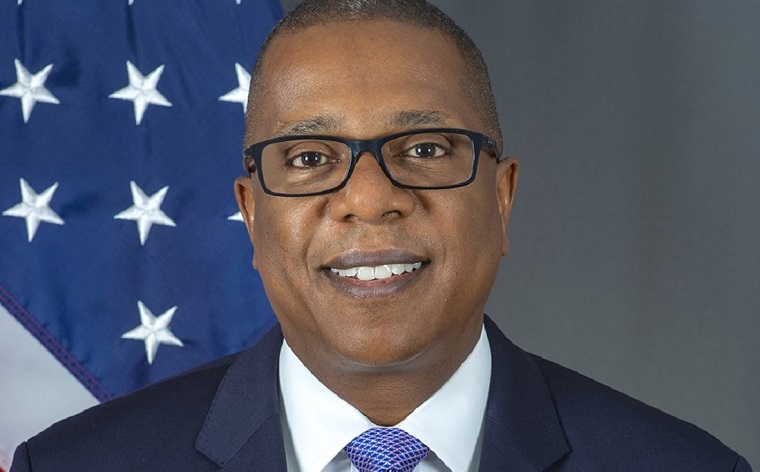 The ruling Zimbabwe African National Union-Patriotic Front (ZANU-PF) party, in its strongest rebuke yet of the United States of America ambassador to Zimbabwe, Brian Nichols, today warned the diplomat to immediately stop underhand destabilisation activities against the country or risk being sent back home.

The United States and Zimbabwe have had strained relations for almost two decades over the latter’s land policies which Washington strongly opposed.

This involved the compulsory acqusition of excess white-owned farmland by the Zimbabwe government to resettle landless peasants.

Washington, like the rest of Western countries, strongly objected to the land reforms, and imposed sanctions on Zimbabwe as punishment two decades ago.

The sanctions are still in force, and the country estimates it had suffered US$100 billion in economic damage over the period.

As a result, there has been a cold war between Zimbabwe and the US, with Harare accusing Washington of funding political opponents of the government in an attempt to dethrone it.

These include non-governmental organisations involved in politics and human rights work, in addition to opposition parties proper.

And with the opposition threatening to march against government on July 31, Zanu PF acting spokesman, Patrick Chinamasa warned “Nichols and his coterie of gangsters and mercenaries who are disguised as diplomats” that the ruling party was aware of their shenanigans behind the proposed march.

“He (Nichols) continues to engage in acts of undermining this Republic and if he continues mobilising and funding disturbances, coordinating violence and training insurgence, our leadership will not hesitate to give him marching orders,” Chinamasa said.

“Diplomats should not behave like thugs and Brian Nichols is a thug. We remind Nichols that he is not a super diplomat in this country.”

Chinamasa said Zimbabwe had nothing to learn from the US, which is continuously trampling on the lives of black Americans which had given birth to the Black Lives Matter Movement.

“The US Ambassador must be ashamed of himself. What has US to offer by way of values and human rights observances.  African Americans arebeing treated like rats,” he said, adding the US propagated to other countries, rights which itself did not observe.

Chinamasa said Zimbabwe was host to many diplomats and none of them had sought to prefect the country as much as the US Ambassador was doing.

Responding to questions, later, Chinamasa said the salvo against the US diplomat was not an affront to re-engagement efforts the government was undertaking.

“We will continue to re-engage and engage, even with the enemy, more so with the enemy than with our friends because you want the enemy to see that what they are doing is not right,” he said.

Chinamasa said Zanu PF was ready to respond to the threats  of demonstrations by the opposition on July 31.

“We take the threats seriously because it has happened before in 2018 and last year, so we take them seriously that given their violent disposition they will repeat it,” he said.

“There will be a serious response from our party.”- New Ziana