The Zimbabwe dollar today fell by $4.61 to average $76.76 against the United States dollar but the gap between the lowest and the highest rate offered at today’s auction was only $12.

When the auction started the gap between the lowest and the highest rate was $75.

But with the highest rate dropping by only 17 cents, the local currency could fall again next week as the gap narrows.

A total of 228 bids were received but 55 were rejected.

The amount allotted was US$14.4 million against bids of US$19.3 million.

The highest allocation went to raw materials which got US$7.7 million, followed by machinery and equipment with US$3 million. 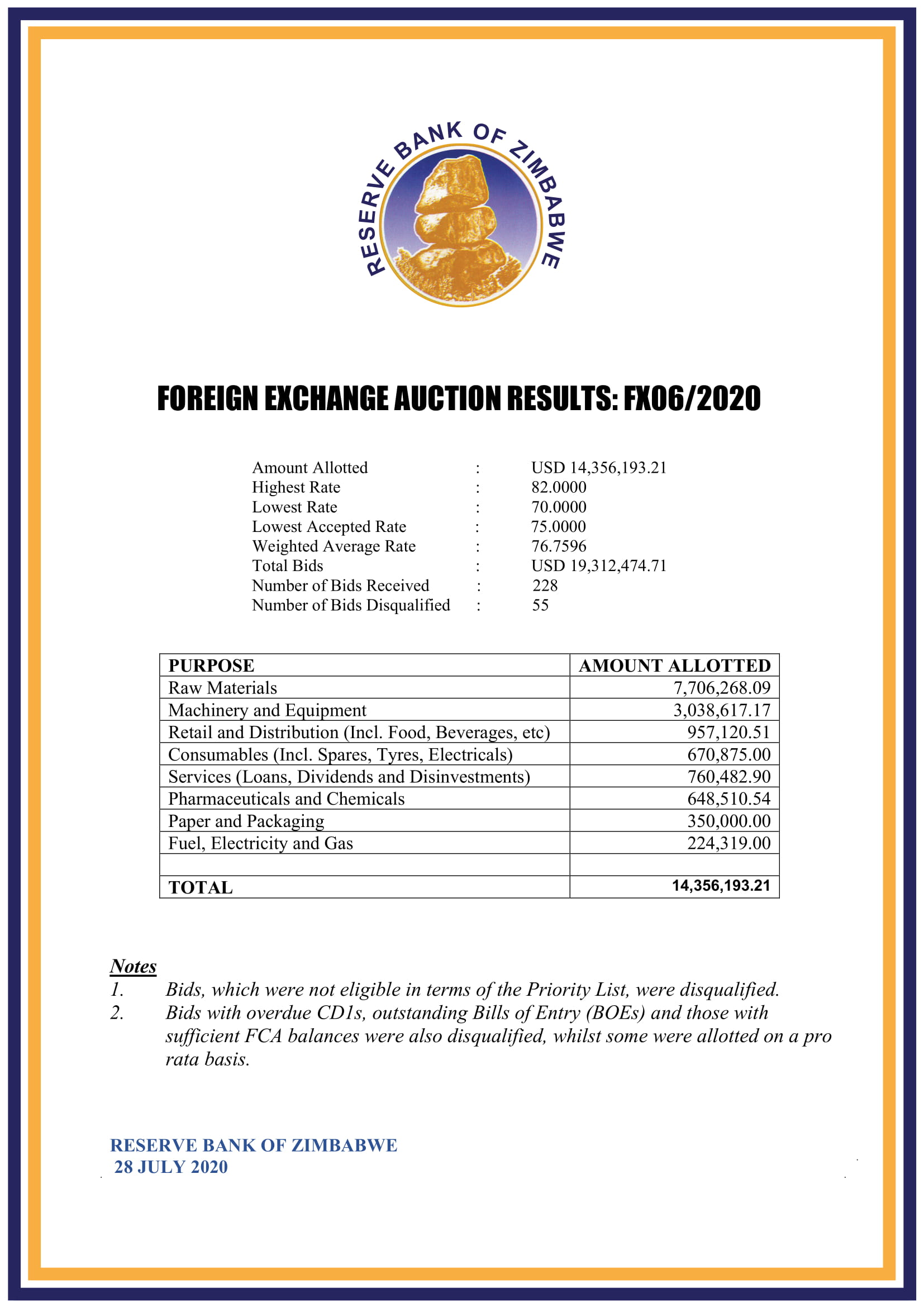