Zimbabwe minister dismayed by lack of confidence in the local... 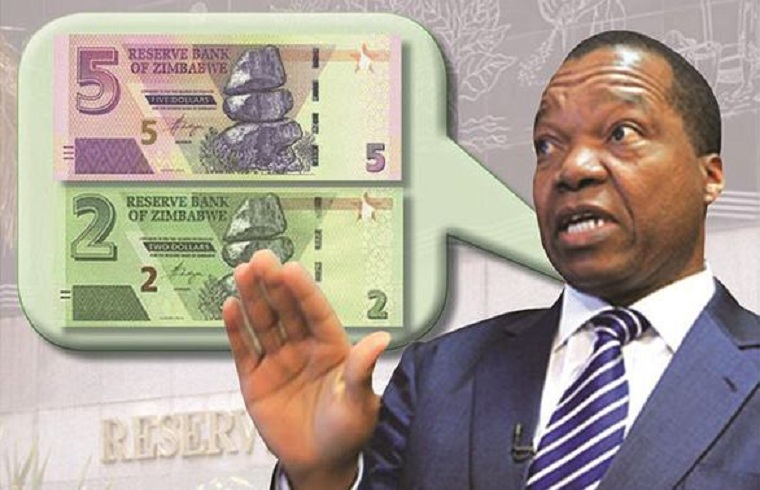 Justice Minister Ziyambi Ziyambi told the Senate on Thursday that it was disheartening to see that some Members of Parliament had no confidence in their own currency.

Responding to a question from Senator Elias Mudzuri who wanted to know what the government was doing about rising inflation where prices were pegged at $250 to the United States dollar when the official rate is $120 to one, Ziymbai said: “I must say that the most disheartening is when Hon. Members have no confidence in their currency.  They speak the language of saying that by such and such a time, it will be a million.

“The biggest problem that we have in this country is that of confidence.  People are always speculating what the currency will be at a particular day and try to peg their prices or whatever, using a speculative rate.

“That is the work that the Reserve Bank is seized with and we need to deal with those issues to ensure that we stabilise our own currency.  There is no country in the world that has developed using other people’s currency.  So, it is up to all of us Hon. Members included, to think of ways to ensure that we ring-fence the value of our dollar.  If you have any ideas of how to do it rather than speaking of going back where we should not, that will be welcome.”

HON. SEN. ENG. MUDZURI: Thank you Madam President.  My question is directed to the Leader of the House.  What is Government policy in consideration of the level of inflation?  Today if you go to buy anything, the exchange rate of the Dollar is $250.  What is Government policy towards civil servants, Members of Parliament and anyone who have a salary in RTGs, in terms of covering inflation with the dollar?

THE MINISTER OF JUSTICE, LEGAL AND PARLIAMENTARY AFFAIRS (HON. ZIYAMBI): Thank you Madam President.  Firstly, I want to indicate that we now have a Zimbabwe dollar; we no longer have RTGs currency.  So it is Zimbabwe dollar.  Madam President, what we are doing, which the Reserve Bank and the Minister of Finance have been working on is to ensure that firstly, we stabilise our own currency.  They came up with a raft of measures to ensure the continued use – by the way, we will continue with our currency.  We will continue to strengthen it by way of ensuring that even taxes that were not paid in Zimbabwe dollar are now being paid in Zimbabwe dollar.  They came up again with measures which were widely publicised, which the Hon. Member can get from the Ministry of Finance and Economic Development on what they want to do in terms of ensuring that we strengthen our currency.

Coming to the issue of salaries, Madam President, discussions are ongoing to ensure that all our workers get a reasonable salary.  I do not want to preempt the negotiations that are going on.  Suffice to say, an announcement has already been made on the teachers’ salaries but on the general welfare of civil servants, including Members of Parliament who are not civil servants, that discussion is ongoing.  I thank you.