Zimbabwe losing US$106.6 million each year to tax havens 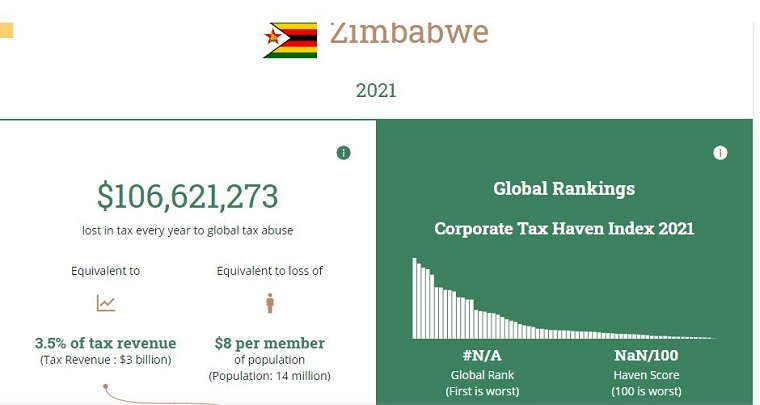 Zimbabwe is losing US$106.6 million each year to tax havens, US$65 million through multi-national corporations and US$42 million by individuals.

According to the Tax Justice Network the amount is enough to vaccinate 6.2 million people and is equivalent to 30.5% of the country national health budget.

The 2021 State of Tax Justice, says countries are losing US$483 billion in tax a year to global tax abuse – an amount that is enough to fully vaccinate the global population against Covid-19 more than three times over.

Of the US$483 billion lost a year, US$312 billion of this tax loss is due to cross-border corporate tax abuse by multinational corporations and US$171 billion is due to offshore tax abuse by wealthy individuals.

“While higher income countries lose more tax in absolute number, their tax losses represent a smaller share of their revenues (9.7 per cent).

“Lower income countries in comparison collectively lose the equivalent of nearly half (48 per cent) of their public health budgets.